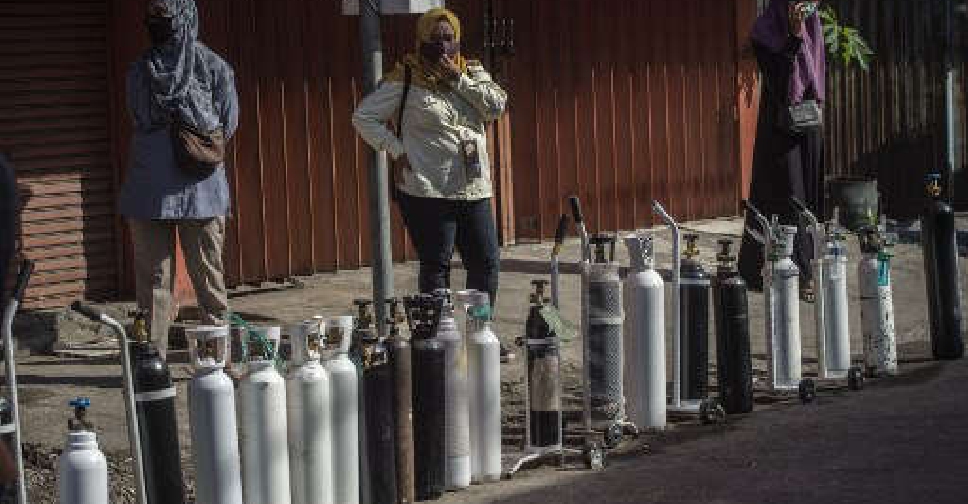 The Indonesian island of Bali is running out of oxygen for its COVID-19 patients as infections surge, the chief of its health agency said, as Southeast Asia's biggest country struggles with the region's worst COVID epidemic.

Bali, along with the main island of Java and 15 other regions, are under tight coronavirus restrictions, due to expire on Sunday. The government is debating whether to extend them or not.

"We've had an oxygen shortage since July 14 and it's getting critical by the day because of a surge in new cases," Ketut Suarjaya, the head of Bali's health agency, said as quoted by Antara state news agency as saying on Friday.

Indonesia, the world's fourth most populous country, has had more than 3 million coronavirus infections and 80,598 deaths according to official data. The spread, driven by the Delta variant, has shown no sign of slowing.

Research organisation Our World in Data said the country had a death rate three times higher than the global average.

The debate over coronavirus restrictions has pitted health experts, who say it is premature to ease curbs during the surge of infections, against employer groups that have warned of mass layoffs unless the curbs are relaxed.

Suarjaya said patients in Bali needed 113.3 tonnes of oxygen on Thursday, while hospitals only had 40.5 tonnes. He was not immediately available for comment on Saturday.

Oxygen shortages have also been seen on Java. The government has begun to import oxygen supplies from countries such as the United States and China.