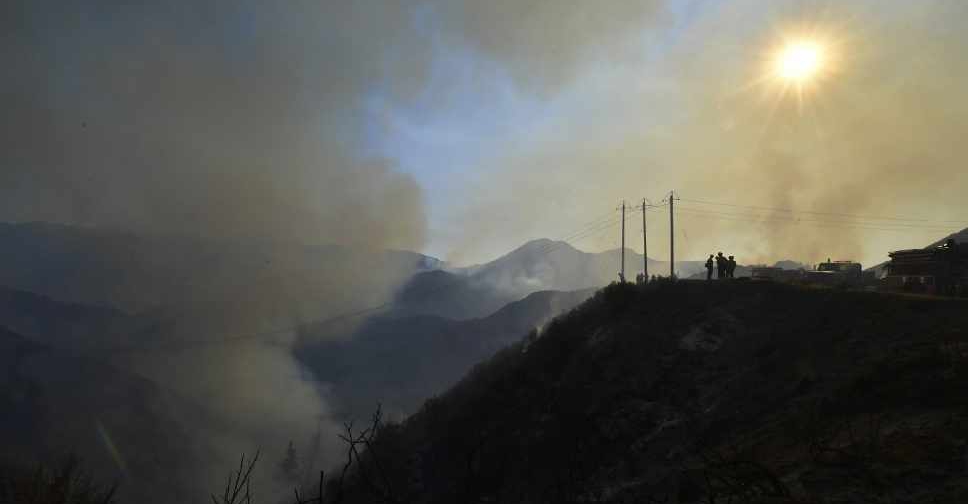 A northern California wildfire raging in the foothills of the Cascade range has claimed three lives, officials said on Monday, as a separate blaze prompted mass evacuations of Napa and Sonoma counties.

The three fatalities in the so-called Zogg Fire in Shasta County, which erupted on Sunday near Redding, were reported by the county sheriff and the California Department of Forestry and Fire Protection (CalFire). They were all civilians.

The deaths bring to 29 the number of people killed since mid-August in a California wildfire season of historic proportions.

The Zogg fire, which has destroyed 146 structures and charred 31,000 acres of grassy hillsides and oak woodlands thick with dry scrub, coincided with the outbreak of another conflagration in the heart of California's Bay area.

That blaze, dubbed the Glass Fire, has spread across 36,000 acres of similar terrain in Napa and Sonoma counties since early Sunday, incinerating more than 100 homes and other buildings, forcing thousands of residents to flee and threatening world-renowned vineyards, according to CalFire.

Both fires were listed at zero containment as of Monday evening. The cause of each was under investigation.

They marked the latest flashpoints in a destructive spate of wildfires this summer across the Western United States.

In California this year, wildfires have scorched 3.7 million acres since January - far exceeding any single year in state history. They have been stoked by intense, prolonged bouts of heat, high winds and other weather extremes that scientists attribute to climate change.

More than 7,000 homes and other structures have burned statewide so far this year.