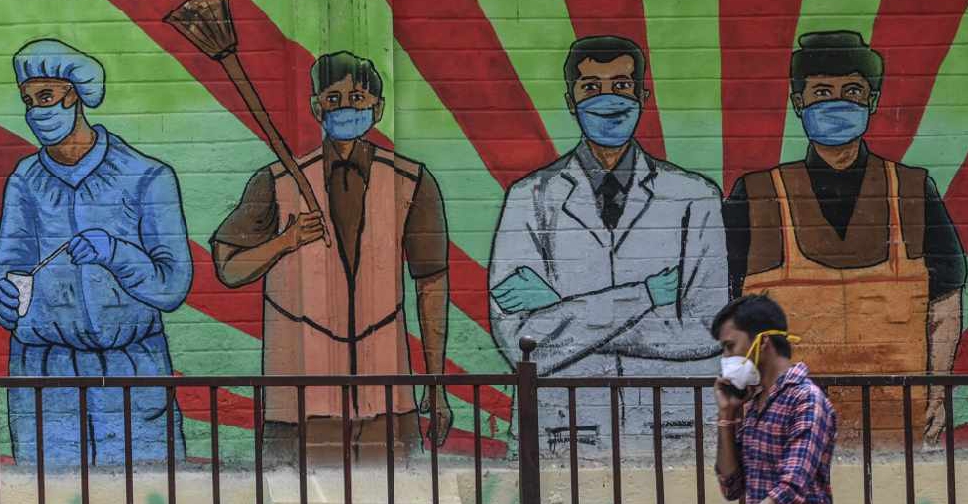 The Indian state of Maharashtra has imposed night curfew to tackle a record surge in COVID-19 cases, with the city of Mumbai reporting single-day record of 6,123 new cases.

"We are seeing a higher COVID positive rate in high-rise residential buildings than in slums... to stop the spread only essential services will be allowed," said Kishor Pednekar, the mayor of Mumbai adding that hotels, pubs and shopping malls must observe the night curfew rules.

India recorded 62,714 cases of the coronavirus in the last 24 hours, the country’s health ministry said on Sunday, the highest single-day tally since mid-October last year.

With 312 deaths, single-day mortality figures were also at their highest since Christmas, according to ministry data.

Several government hospitals reported they were running out of critical-care beds in Mumbai city.

Many Indians have started questioning the government's highly publicised vaccine exports campaign when only a fraction of the country's population has been inoculated.

India has supplied 61 million vaccine doses to as many as 77 countries as part of both grants and commercial arrangements.

Officials in the health ministry in New Delhi said the government had decided to focus on its domestic vaccination programme following a spike in COVID-19 cases and there will be no immediate expansion of vaccine exports.

Experts said more than 40 million people in India have received at least one dose of a coronavirus vaccine so far, but that is less than 4 per cent of the country's 1.35 billion population.

"The vaccination drive has to be scaled up massively, and test and trace and isolation protocols have to be strengthened across the country," said S.K. Sinha, a health ministry official.