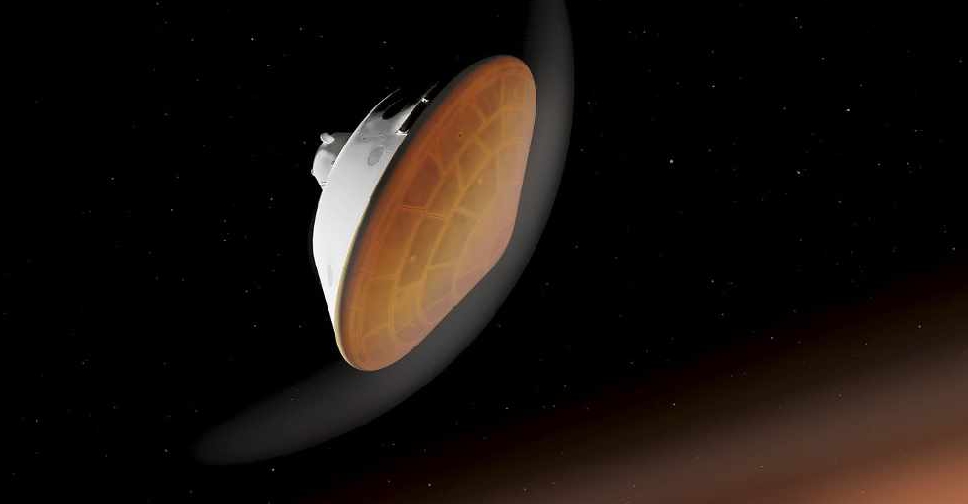 When NASA's Mars rover Perseverance, a robotic astrobiology lab packed inside a space capsule, hits the final stretch of its seven-month journey from Earth this week, it is set to emit a radio alert as it streaks into the thin Martian atmosphere.

By the time that signal reaches mission managers some 204 million km away at the Jet Propulsion Laboratory (JPL) near Los Angeles, Perseverance will already have landed on the Red Planet - hopefully in one piece.

The six-wheeled rover is expected to take seven minutes to descend from the top of the Martian atmosphere to the planet's surface in less time than the 11-minute-plus radio transmission to Earth. Thus, Thursday's final, self-guided descent of the rover spacecraft is set to occur during a white-knuckled interval that JPL engineers affectionately refer to as the "seven minutes of terror."

Al Chen, head of the JPL descent and landing team, called it the most critical and most dangerous part of the $2.7 billion mission.

"Success is never assured," Chen told a recent news briefing. "And that's especially true when we're trying to land the biggest, heaviest and most complicated rover we've ever built to the most dangerous site we've ever attempted to land at."

Much is riding on the outcome. Building on discoveries of nearly 20 U.S. outings to Mars dating back to Mariner 4's 1965 flyby, Perseverance may set the stage for scientists to conclusively show whether life has existed beyond Earth, while paving the way for eventual human missions to the fourth planet from the sun. A safe landing, as always, comes first.

Success will hinge on a complex sequence of events unfolding without a hitch - from inflation of a giant, supersonic parachute to deployment of a jet-powered "sky crane" that will descend to a safe landing spot and hover above the surface while lowering the rover to the ground on a tether.

"Perseverance has to do this all on her own," Chen said. "We can't help it during this period."

If all goes as planned, NASA's team would receive a follow-up radio signal shortly before 1:00 pm Pacific time confirming that Perseverance landed on Martian soil at the edge of an ancient, long-vanished river delta and lake bed.