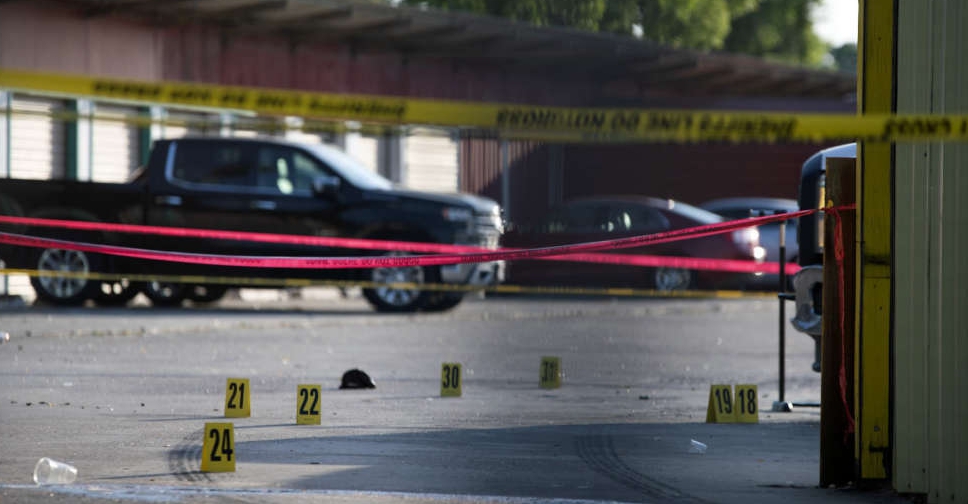 The Texas gunman who murdered 19 children and two teachers posted an online message warning that he was going to shoot up an elementary school minutes before he attacked, Governor Greg Abbott said.

The gunman, whose rampage ended when police killed him, also had sent a message on Tuesday saying he was going to shoot his grandmother, followed by another internet post confirming he had done so, Abbott said at a news conference.

The suspect's grandmother, shot in the face before her grandson left the home they shared and attacked the school, survived and called the police.

The gunman, identified as Salvador Ramos, 18, otherwise gave no warning he was about to commit what now ranks as the deadliest US school shooting in nearly a decade, authorities said.

Fleeing the shooting of his grandmother, he crashed his car near Robb Elementary School in Uvalde, Texas, about 130 km west of San Antonio, then managed to evade a school police officer who approached him before running inside.

No gunfire was exchanged at that point, according to police. But authorities offered few details of the encounter, likely to become a focus of investigations, except to say that the suspect dropped a bag full of ammunition and ran toward the school when he saw the officer.

Ramos then entered the school through a back door carrying an AR-15-style rifle and made his way to a fourth-grade classroom where he shot all of the people who were slain. Authorities said he had legally purchased two rifles and 375 rounds of ammunition days before the shooting.

Meanwhile, police surrounded the building, breaking windows to help children and staff escape. US Border Patrol agents also responded and entered the building to confront the shooter, with one agent wounded "in the crossfire," homeland security officials said.

Eventually, Ramos, a high school dropout with no known criminal record or history of mental illness, was shot dead by law enforcement.

The shooter's online posts were made on Facebook, the governor said, but spokespeople for Facebook's parent company, Meta Platforms, said they were private one-to-one messages discovered after the shooting. The company declined to say who received the messages or which of Meta's platforms, such as Messenger or Instagram, was used to send them.

Victims' loved ones took to social media to express anguish over the loss of children who never came home from school.

Investigators have not suggested a motive for the shooting, and little about the suspect's background immediately came to light.

The suspect's mother, Adriana Reyes, was quoted in an interview with the British-based news site DailyMail.com describing her son as someone who "kept to himself and didn't have many friends".

Ten days earlier an avowed white supremacist shot 13 people at a supermarket in a mostly Black neighbourhood of Buffalo, New York, re-igniting a national debate over US gun laws.

In a sign of the charged political atmosphere, Beto O'Rourke, the Democratic candidate challenging Abbott in a November election, interrupted the news conference to confront the governor over the state's permissive gun laws, shouting "You are doing nothing!"

US President Joe Biden, calling for new gun safety restrictions in a nationally televised address on Tuesday evening, is planning a trip to Texas soon, a senior administration official said.

New legislation appeared unlikely to pass in Washington. Virtually all Republicans in Congress oppose tighter gun controls, and there was no sign the latest massacre would alter the equation.

Shootings have become so commonplace in American schools that data shows a gun being fired almost every day this year on school property, according to the K-12 School Shooting Database at the Naval Postgraduate School's Center for Homeland Defense and Security.

The Texas rampage stands as the deadliest US school shooting since a gunman killed 26 people, including 20 children, at Sandy Hook Elementary School in Connecticut in December 2012.