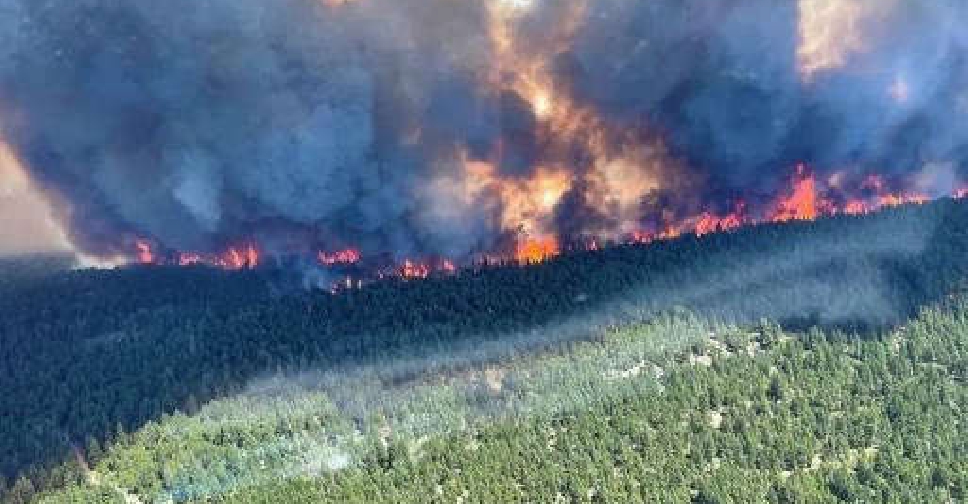 Lightning strikes in Western Canada over the past two days soared nearly tenfold from the same time a year ago, according to meteorologists.

They've warning of more strikes over the weekend that could further stoke forest fires fanned by high winds.

Over 710,000 lightning strikes were recorded in British Columbia and western Alberta between 3 p.m. on Wednesday and 6 a.m. on Thursday, up from an average 8,300 from the same period over the past five years, said Chris Vagasky, a meteorologist with Vaisala, a global environmental measurements company which collects the data.

The Pacific province of British Columbia has been recovering from the grip of an unprecedented heat wave, which has so far caused 719 confirmed deaths, triple what would normally occur in the same time period, the province's chief coroner said on Friday.

A forest fire that started on Wednesday razed Lytton to the ground, and caused two deaths. The cause of the fire was under investigation.

British Columbia usually accounts for about 5% of Canada's total lighting strikes each year, but it has reported its annual number in less than 48 hours, Vagasky said.

The figure is comparable to "what you would typically see on some of the bigger lightning days in really lightning prone regions of the United States, like Texas or Oklahoma," Vagasky said, and is unheard of for a region like British Columbia.

The high number of lightning strikes was caused in part by the heat wave, which created high levels of moisture in the atmosphere in the form of melting snow and evaporation of water from vegetation, said Jonathan Bau, a meteorologist with Environment and Climate Change Canada.

"We're not in the middle of summer where everything's dried out," Bau said, adding that more lightning was forecast for the weekend.

The strikes caused several forest fires across central British Columbia, with 136 fires burning as of Friday afternoon, B.C. officials said at a briefing.

The fires are expected to burn through 100,000 hectares (247,105 acres) by the end of the weekend, officials said, a significantly higher figure than by this point in previous years - B.C. does not usually see its forest fire season ramp up until late July.

Over 1,300 homes have been ordered evacuated, and it is not known how many people are missing.

The Red Cross is running a phone line for family reunification, officials said.