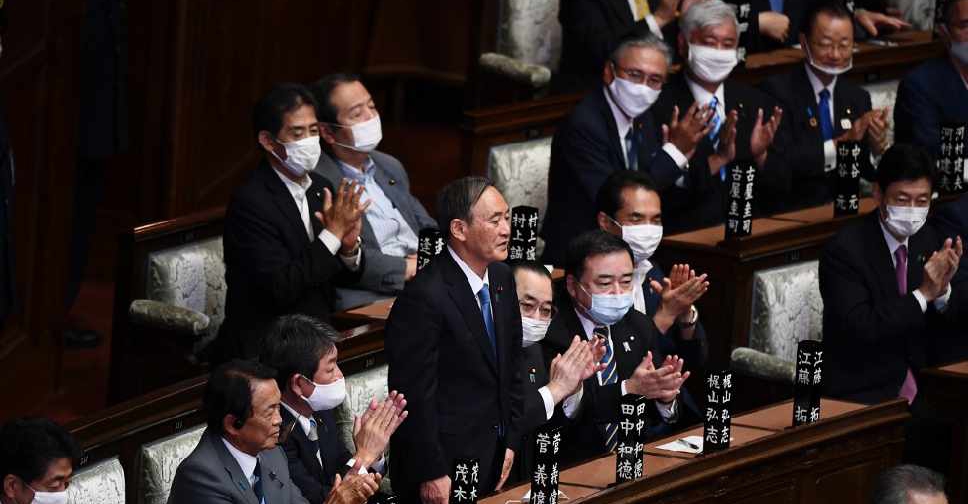 Suga, 71, Abe's longtime right-hand man, has pledged to pursue many of Abe's programmes, including his signature "Abenomics" economic strategy, and to forge ahead with structural reforms, including deregulation and streamlining bureaucracy.

Abe, Japan's longest-serving premier, resigned because of ill health after nearly eight years in office. Suga served under him in the pivotal post of chief cabinet secretary.

Suga won 314 votes out of 462 cast by parliament's lower house members. The chamber takes precedence in electing a premier over the upper house, which was also expected to pick Suga because of a ruling bloc majority.

Suga, who won a ruling Liberal Democratic Party (LDP) leadership race by a landslide on Monday, faces a plethora of challenges, including tackling COVID-19 while reviving a battered economy and dealing with a rapidly ageing society.

Among those expected to retain their jobs are key players such as Finance Minister Taro Aso and Foreign Minister Toshimitsu Motegi, along with Olympics Minister Seiko Hashimoto and Environment Minister Shinjiro Koizumi, the youngest at 39.

Abe's younger brother, Nobuo Kishi, is likely to be tapped for the defence portfolio, while outgoing Defence Minister Taro Kono will take charge of administrative reform, a post he has held before.

Yasutoshi Nishimura, Abe's point man on COVID-19 response, will remain economy minister, while Trade and Industry Minister Hiroshi Kajiyama, the son of a politician to whom Suga looked up as his mentor, will also retain his post, media reported.