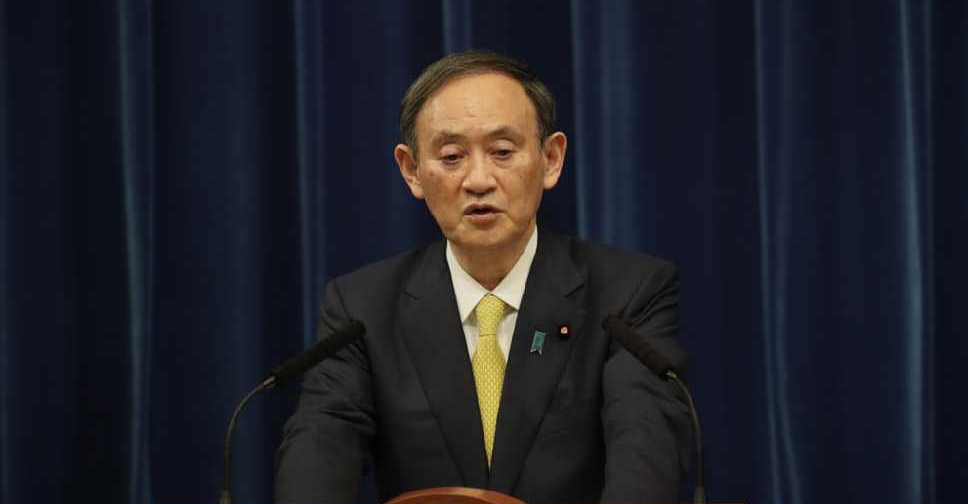 Prime Minister Yoshihide Suga reiterated there was no need for Japan to call a national state of emergency, even as coronavirus infection rates continued to rise.

He said the head of the government's expert panel on the coronavirus pandemic had told him "we're not there yet" with regards to calling a state of emergency.

"We need to show the results of our coronavirus countermeasures," Suga said during an interview on national television late on Monday. "I'll spearhead the effort with a mindset to do everything that must be done."

His approval ratings have been falling, with polls showing the public disapproves of how he has handled the pandemic, in particular his "Go To Travel" domestic tourism campaign that some blame for the rise in infections.

Support for his cabinet tumbled to 39 per cent from 56 per cent a month earlier, a weekend Asahi newspaper poll showed, with 79 per cent of respondents saying his decision to pause the "Go To Travel" campaign came too late.

A group of national medical associations called their own state of medical emergency on Monday, warning the system was under considerable strain from the pandemic.

While medical workers are growing increasingly alarmed over whether the system can withstand the rise in cases, those concerns appear to have taken a backseat politically, said Koji Wada, professor of public health at the International University of Health and Welfare in Tokyo.

"Medical groups are concerned about the medical workers and patients, whereas the government expert panel must take the entire population into account," including restaurant workers and people who might lose their jobs, he said.

Japan has seen a rise in new infection rates in recent weeks, with a record 2,154 people hospitalised as of Monday, according to national broadcaster NHK.