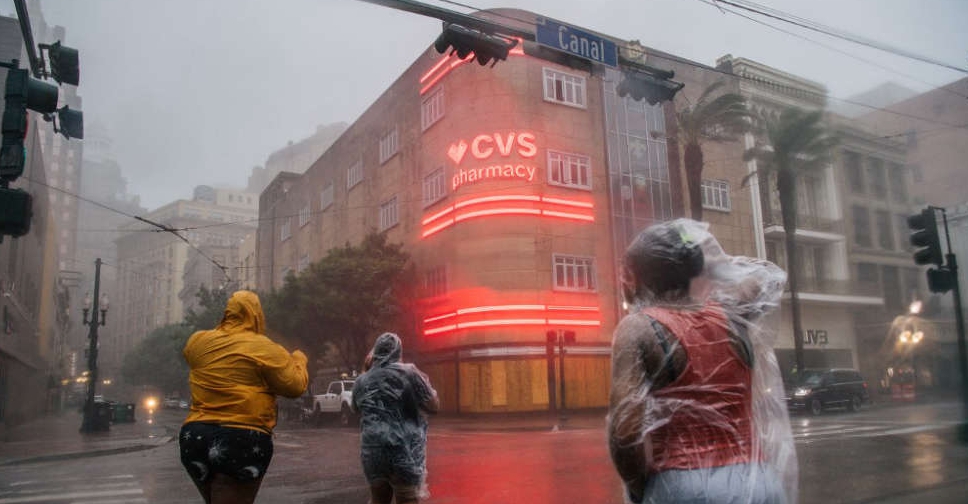 Hurricane Ida ploughed into Louisiana from the Gulf of Mexico as a fierce Category 4 storm, lashing the coast with strong winds, torrential downpours and pounding surf that submerged much of the shoreline under several feet of water.

Power was knocked out Sunday night to the entire New Orleans metropolitan area with the failure of all eight transmission lines that deliver electricity to Louisiana's largest city, the utility company Entergy Louisiana reported.

One transmission tower collapsed into the Mississippi River, according to the Jefferson Parish Emergency Management Department.

Ida slammed ashore around noon near Port Fourchon, Louisiana, a hub of the Gulf's offshore energy industry, blasting the coast with hurricane-force winds extending 80 km out from the eye of the storm. Landfall came 16 years to the day after Hurricane Katrina, one of the most catastrophic on record, struck the Gulf Coast.

Sunday night, the sheriff's office in Ascension Parish reported the first known US fatality from the storm - a 60-year-old man killed by a tree falling on his home near Baton Rouge, the state capital.

Flash flooding was reported by the National Hurricane Center across southeastern Louisiana. Nearly all offshore Gulf oil production was suspended, and major ports along the Louisiana and Mississippi coasts were closed to shipping.

Residents of the most vulnerable coastal areas were ordered to evacuate days in advance of Ida. Those riding out the storm in their homes in New Orleans, less than 100 miles inland to the north, braced for the toughest test yet of major upgrades to a levee system constructed following devastating floods in 2005 from Katrina.

The storm's approach forced the suspension of emergency medical services in New Orleans and elsewhere across a state already reeling from a fourth wave of COVID-19 infections that has strained Louisiana's healthcare system.

For an estimated 2,450 COVID-19 patients hospitalised statewide, many in intensive care units, evacuation was not an option.

A loss of generator power at the Thibodaux Regional Health System hospital in Lafourche Parish, southwest of New Orleans, forced medical workers to manually assist respirator patients with breathing while they were moved to another floor, the state Health Department confirmed to Reuters.