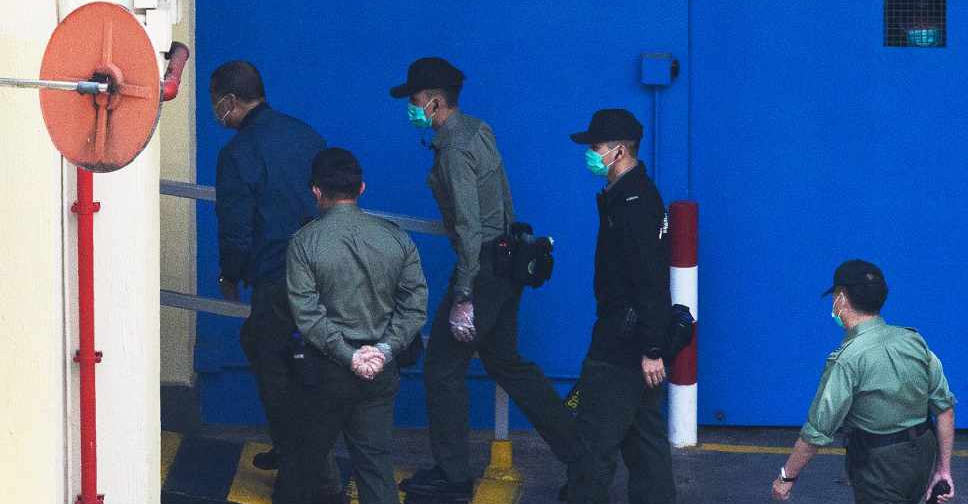 Eight more activists have been arrested in Hong Kong over their role in an anti-government protest in July.

It's the latest move by authorities in a relentless crackdown on opposition forces in the Chinese-ruled city.

The police did not identify the people, saying only that they were aged between 24 and 64.

The move comes a day after eight people aged between 16 and 34 were arrested, including three on suspicion of violating a sweeping national security law, over a brief demonstration at a university campus last month.

Hong Kong police fired water cannon and tear gas to disperse protesters on July 1, the anniversary of the former British colony's handover to Chinese rule, as thousands demonstrated despite a police ban on the annual protest.

More than 300 were arrested in the rally that came after Beijing imposed security legislation on its freest city, saying it was vital to plug gaping holes in national security defences exposed by months of sometimes violent anti-government protests that rocked the city over the last year.

The law punishes what Beijing broadly defines as secession, subversion, terrorism and collusion with foreign forces with up to life in jail.

Opposition politicians and Western governments fear the law is being used to suppress dissent and erode wide-ranging freedoms guaranteed to the former British colony when it returned to Chinese rule in 1997.

On Monday, the United States announced further sanctions to punish Beijing for imposing the law on Hong Kong, escalating tensions between the two sides.