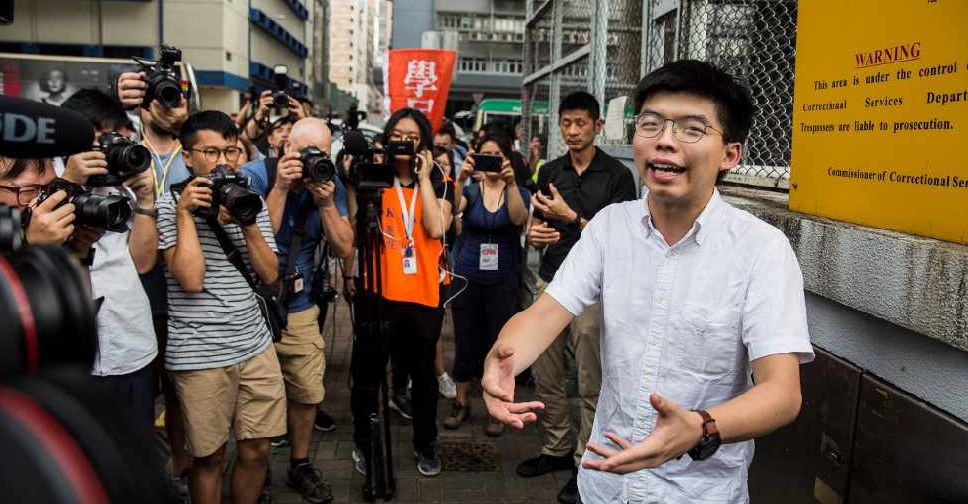 Hong Kong democracy activist Joshua Wong will face an additional 10 months in jail for participating in an unauthorised assembly on June 4 last year to commemorate the 1989 crackdown on protesters in and around Beijing's Tiananmen Square.

It was the first time the vigil was banned in the global financial hub, with police citing coronavirus restrictions on group gatherings, as it did for all demonstrations last year. It is expected to face a similar fate this year.

Still, tens of thousands of people lit candles across the city in what was largely a peaceful event last June, bar a brief skirmish with riot police in one neighbourhood.

Commemorations of the Tiananmen crackdown are banned in mainland China, but Hong Kong traditionally held the largest vigils globally every year, having been promised certain freedoms when it returned to Chinese rule in 1997, including rights of expression and assembly.

Wong, 24, already in prison due to other illegal assembly convictions and among 47 activists charged under the city's sweeping national security law, was sentenced in the District Court on Thursday.

A 15-month sentence was reduced to 10 due to his guilty plea.

"Freedom of assembly is not unlimited," Chan said.

The anniversary struck an especially sensitive nerve in the former British colony last year, falling just as Beijing prepared to introduce new security legislation which punishes anything China sees as subversion, secession, terrorism or collusion with foreign forces with up to life in prison.

This year, the June 4 Tiananmen Square anniversary event is particularly awkward for Beijing, which celebrates the 100th anniversary of the Communist Party.

When asked whether commemorating the victims of Tiananmen would violate the new security law, Hong Kong leader Carrie Lam last month said it was important to show respect to the Party.

China has never provided a full account of the 1989 Tiananmen Square violence. The death toll given by officials was about 300, most of them soldiers, but rights groups and witnesses say thousands of people may have died.

Wong was given a 13-1/2 month sentence in December over an unlawful anti-government rally on June 21, 2019 and an additional four-month sentence for participating in an unauthorised protest in October 2019 while also breaking a government law against wearing face masks.

While in prison Wong was arrested in January on suspicion of breaking the new security law, which was introduced in July 2020, by taking part in an unofficial vote to pick opposition candidates for a since-postponed election, which authorities describe as a "vicious plot" to "overthrow" the government.