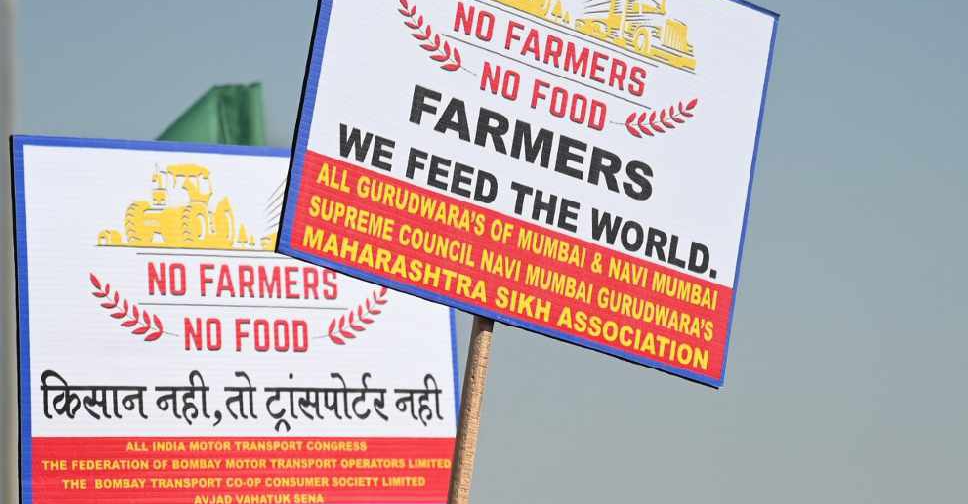 In eastern and western states, farmers blocked roads and squatted on railway tracks, delaying people getting to work, and preventing perishable produce from reaching markets.

Farmers from the northern states of Punjab and Haryana, neighbouring New Delhi, have been at the vanguard of the agitation since last month, and have set up protest camps in and around the capital.

The reforms enacted in September loosened rules around the sale, pricing and storage of farm produce that have protected farmers from an unfettered free market for decades.

Assured of floor prices, most currently sell the bulk of their produce at government-controlled wholesale markets, known as mandis.

The ruling Bharatiya Janata Party (BJP) has said the reforms would not hurt farmers' incomes. More talks between the government and farmer organisations are due on Wednesday.

Amid the coronavirus pandemic, protest sites around New Delhi have turned into camps, with entire families cooking and sleeping in the open and Sikh religious organisations were providing them with face masks, water and food.

At least 20 regional and national opposition parties backed the call for the strike.