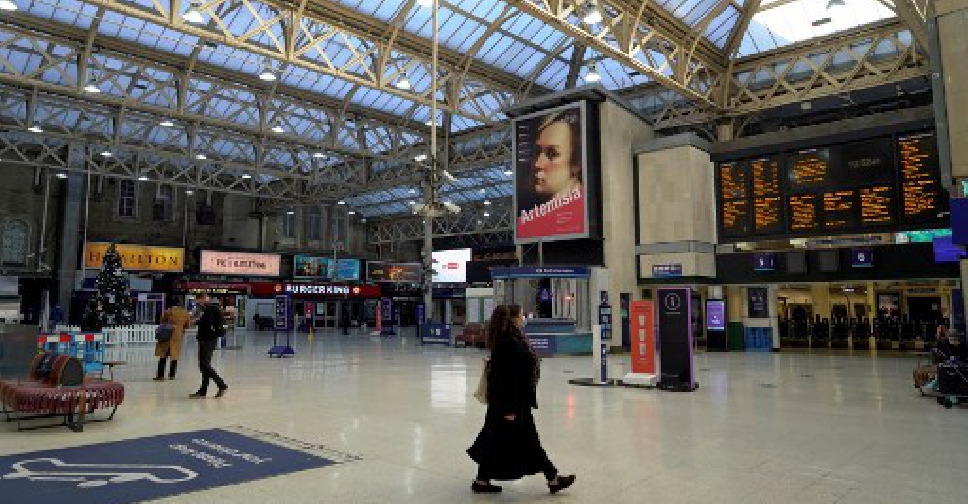 European nations have started closing their doors to travellers from the United Kingdom amid concerns about a rapidly spreading variant of the COVID-19 virus that has caused cases to soar.

France said it would bar all people coming from the Uk for 48 hours from Sunday night, including freight carriers, whether by road, air, sea or rail.

Germany, Italy and the Netherlands ordered a suspension of flights from Britain, while Ireland said it would impose restrictions on flights and ferries from its neighbour.

Belgium said it would close its borders to flights and trains - including the popular Eurostar service - coming from the UK.

"The COVID variant recently discovered in London is worrying and will need to be investigated by our scientists," Italian Health Minister Roberto Speranza said.

"In the meantime we choose the path of maximum prudence."

The UK Prime Minister Boris Johnson announced on Saturday that the new strain had led to spiralling infection numbers. His government tightened its COVID-19 restrictions for London and nearby areas, and also reversed plans to ease restrictions over the Christmas period.

The travel curbs also compound problems for the country as it finally exits the European Union on December 31 after a transition period this year. London and Brussels have so far failed to reach a post-Brexit trade deal, raising the prospect of chaos in goods traffic.

The German government said all flights from the Uk would be suspended from midnight.

"It (the virus mutation) has not yet been identified in Germany," Health Minister Jens Spahn told public broadcaster ARD. "But of course we take the reports from Britain very seriously."

The Belgian Prime Minister Alexander de Croo said the ban on incoming travel from the UK covers Eurostar services via the Channel Tunnel and will take effect for at least 24 hours from midnight on Sunday, broadcaster VRT said.

The Italian order blocked any flights departing from Britain and prohibited anyone who had transited through it in the last 14 days from entering Italy.

The Netherlands banned flights carrying passengers from the United Kingdom from Sunday and the restrictions will remain in place until Jan. 1, the Dutch government said.

Austria is also planning to ban flights from Britain, the APA news agency said, citing the health ministry. Sweden said it was preparing a decision to ban entry from the United Kingdom.

The new variant in Britain has added a twist to a battle against the virus that many countries in Europe are waging.

The number of coronavirus cases in the UK surged by 35,928 on Sunday, the highest daily rise since the start of the pandemic, and it recorded 326 deaths, taking the official toll to more than 67,000.