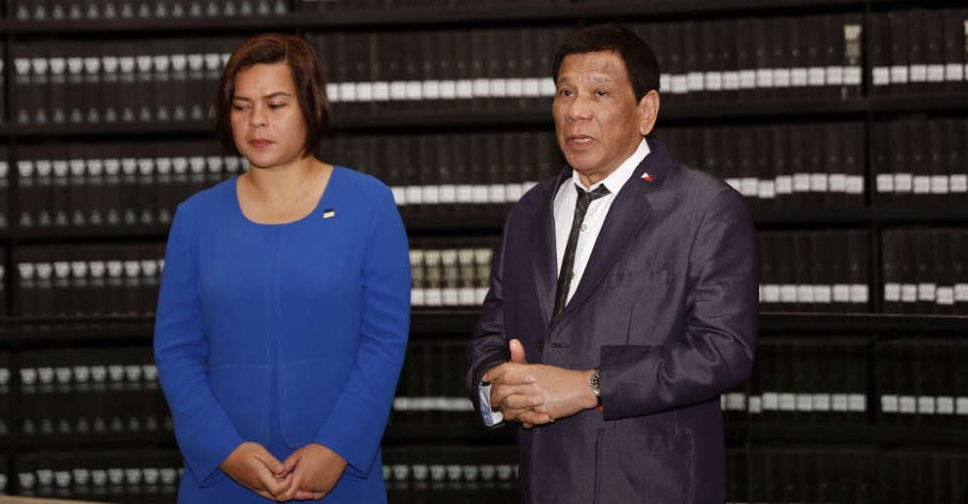 The daughter of Philippine President Rodrigo Duterte said on Thursday she would not run for higher office in next year's general election, a remark that did little to dampen speculation that she has her eye on the presidency.

Sara Duterte-Carpio, 43, mayor of Davao City, has topped all opinion polls this year on preferred candidates for the top post and has given mixed signals about the possibility of running.

Her father is barred by the constitution from seeking a second term, but on Wednesday he accepted his PDP-Laban party's nomination to run in the vice president contest.

"Their actions confirm their support for a candidate outside the party," said Ronwald Munsayac, an official from a rival faction led by boxing star Manny Pacquiao, who is also considering running for president.

"It was a smokescreen for another candidate from Davao," he added.

Such a scenario is not unheard of in the Philippines' often dramatic elections.

Duterte, who has portrayed himself as a reluctant leader, was a last-minute replacement for a 2016 election candidate, in what was widely dismissed as a choreographed stunt.

Political analysts believe Duterte-Carpio may use that same playbook.

In July she launched a Facebook page with a video saying she wanted the public to get to know her, while "run, Sara, run" banners, posters and t-shirts are now ubiquitous.

She last week said several politicians have offered to be her running mate.

It is not uncommon for former leaders to be prosecuted in the Philippines and a victory could insulate her father from legal action, including a possible international indictment over his bloody war on drugs, analysts have said.

Antonio La Vina, professor of law and politics at the Ateneo de Manila University, said he suspected PDP-Laban's vacancy was engineered to put pressure on her to run, with her father's vice presidential bid for "insurance".

"They are hedging their bets," La Vina said.