Clashes erupt between Armenia and Azerbaijan over Nagorno-Karabakh 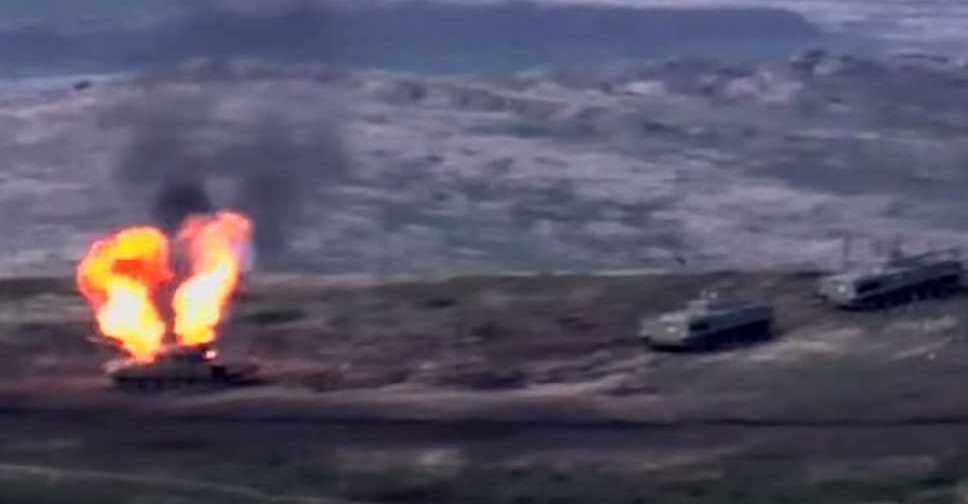 Armenia declared martial law on Sunday after clashes with Azerbaijan over the breakaway Nagorno-Karabakh region in which sources on both sides reported fatalities.

Authorities in Nagorno-Karabakh, a mainly ethnic Armenian region inside Azerbaijan which declared independence in 1991, also announced martial law and mobilised the male population after clashes which the two sides blamed on each other.

Armenia said Azerbaijan had carried out an air and artillery attack on Nagorno-Karabakh, but Azerbaijan said it had responded to Armenian shelling.

Russia's foreign ministry, a mediator in decades of conflict between the two countries, urged both sides to cease fire immediately and hold talks.

The two countries have long been at odds over Nagorno-Karabakh, which broke away from Azerbaijan in a conflict that broke out as the Soviet Union collapsed.

Though a ceasefire was agreed in 1994, Azerbaijan and Armenia frequently accuse each other of attacks around Nagorno-Karabakh and along the separate Azeri-Armenian frontier.

The conflict has worried Western and regional countries in part because it could cause instability in the South Caucasus, which serves as a corridor for pipelines transporting oil and gas to world markets.