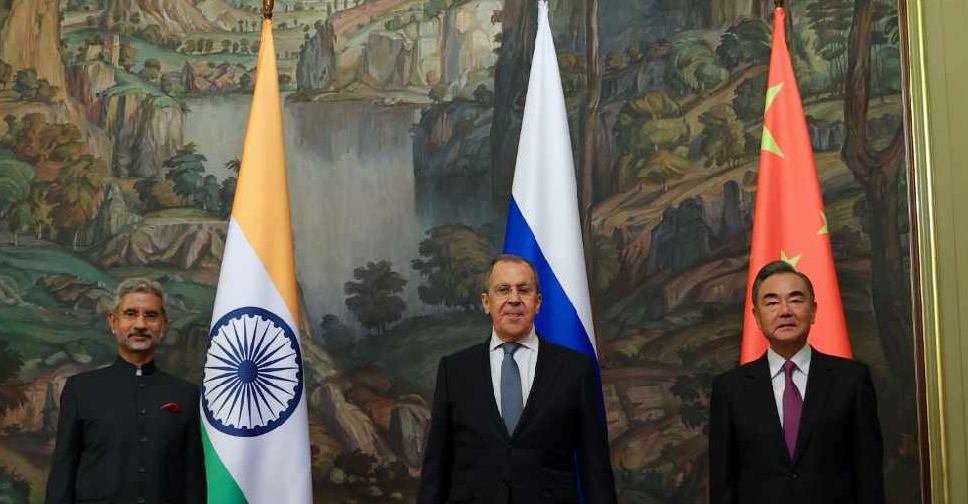 China and India said on Friday they had agreed to de-escalate renewed tensions on their contested Himalayan border and take steps to restore 'peace and tranquillity' following a high-level diplomatic meeting in Moscow.

Chinese State Councillor Wang Yi and Indian Foreign Minister S. Jaishankar met in Moscow on Thursday and reached a five-point consensus, including agreements that troops from both sides should quickly disengage and ease tensions, the two countries said in a joint statement.

The consensus, struck on the sidelines of a Shanghai Cooperation Organisation meeting, came after a confrontation in the border area in the western Himalayas earlier this week.

"The two Foreign Ministers agreed that the current situation in the border areas is not in the interest of either side. They agreed therefore that the border troops of both sides should continue their dialogue, quickly disengage, maintain proper distance and ease tensions," they said in the statement.

Jaishankar told Wang that the immediate task would be for troops to step back from the "areas of friction" so that things do not get worse, an Indian source said. Troops are barely a few hundred metres apart at some points.

China and India accused each other of firing into the air during the confrontation, a violation of long-held protocol not to use firearms on the sensitive frontier.

Wang told Jaishankar the "imperative is to immediately stop provocations such as firing and other dangerous actions that violate the commitments made by the two sides," China's foreign ministry said in a statement on Friday.

Wang also told Jaishankar all personnel and equipment that have trespassed at the border must be moved to de-escalate the situation.

In June, tensions erupted into a frontier clash in which 20 Indian soldiers were killed and China suffered an unspecified number of casualties.