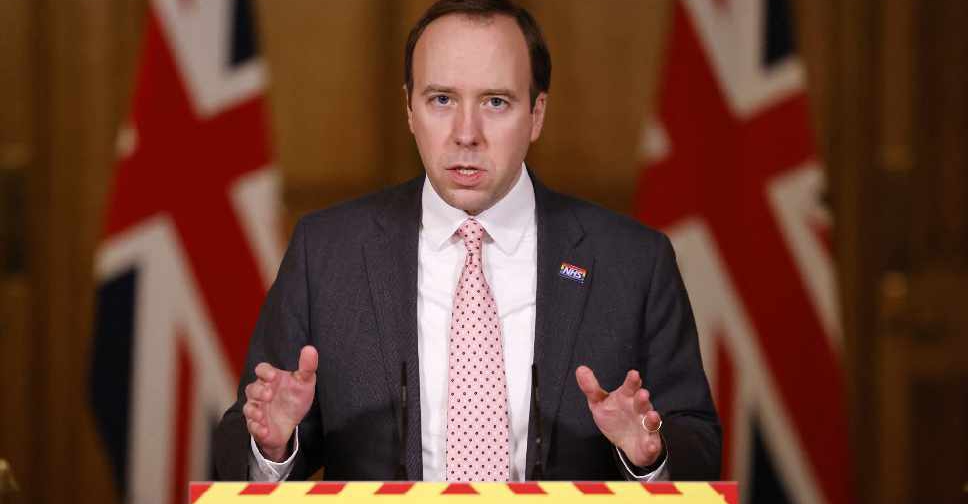 Britain said it would bring in tighter border controls next week against new variants of the coronavirus, requiring hotel quarantine for arrivals and threatening rule-breakers with up to 10 years in jail and fines.

Under lockdown rules, holidays are banned, and testing regimes and quarantine are already in place for travellers, but the government said on Tuesday it would bring in extra measures due to the risk of new variants on which vaccines may not work.

Health secretary Matt Hancock said people could be sent to prison and fined up to £10,000 (around AED 50,627) if they broke the rules which come into force on Februrary 15.

"Anyone who lies on the passenger locator form and tries to conceal that they've been in a country on the 'red list' in the 10 days before arrival here, will face a prison sentence of up to 10 years," he told parliament.

British and Irish nationals arriving in England from the most high-risk countries, those on the "red list" such as South Africa, would need to pay £1,750 pounds and spend the minimum 10-day quarantine in an assigned hotel, Hancock said.

The government, already criticised for being slow to bring in tougher border measures, said it had contracted 16 hotels for an initial 4,600 rooms and would secure more as needed.

The tighter restrictions prompted a new cry for help from airlines and airports, already brought to their knees by the pandemic.

Arrivals in England must currently have proof of a negative COVID-19 test in the past three days and then self isolate for 10 days from departure. The government would introduce a requirement for additional tests, Hancock said.