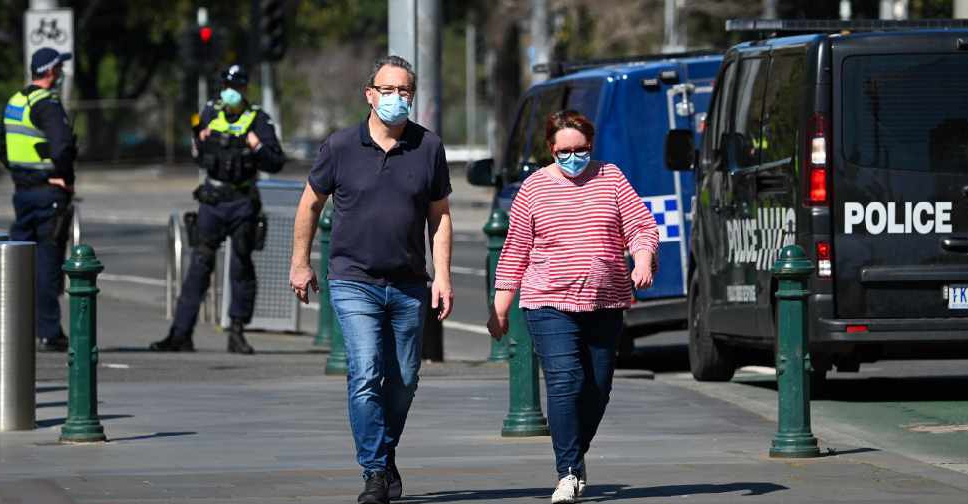 Australia's Victoria state, the country's COVID-19 epicentre, on Tuesday reported zero deaths from the virus in the past 24 hours, a milestone not recorded for two months.

Victoria state said 42 people have been diagnosed with COVID-19 in the past 24 hours, a small increase from the figure posted one day earlier and well below the peak of more than 700 infections detected in August.

The result will buoy optimism that a stringent lockdown of nearly 5 million people for nearly seven weeks has curtailed the spread of COVID-19.

Melbourne is on an extended hard lockdown until September 28. But with the steady fall in cases, some restrictions were relaxed from Monday, allowing people to leave their homes for longer periods for exercise and authorities shortened a night curfew.

Victoria, home to one-quarter of Australia's 26 million population, now accounts for about 75 per cent of the country's more than 26,700 coronavirus cases and 90 per cent of its 816 deaths.

Queensland state reported one new case on Tuesday, a returned traveller from overseas and in quarantine.

New South Wales state will report its case numbers later in the day. The virus has been effectively eliminated in all other states and territories.

With dwindling numbers of COVID-19, Australia's Prime Minister Scott Morrison has turned to reviving an ailing national economy, unveiling a series of policies to lower the price of gas to fuel a manufacturing recovery.

"We continue to do better than almost every other developed country in the world when it comes to protecting lives and livelihoods," Morrison said in a speech in Newcastle.

"If we are shut, we are not living alongside the virus, the virus is actually keeping us from living."