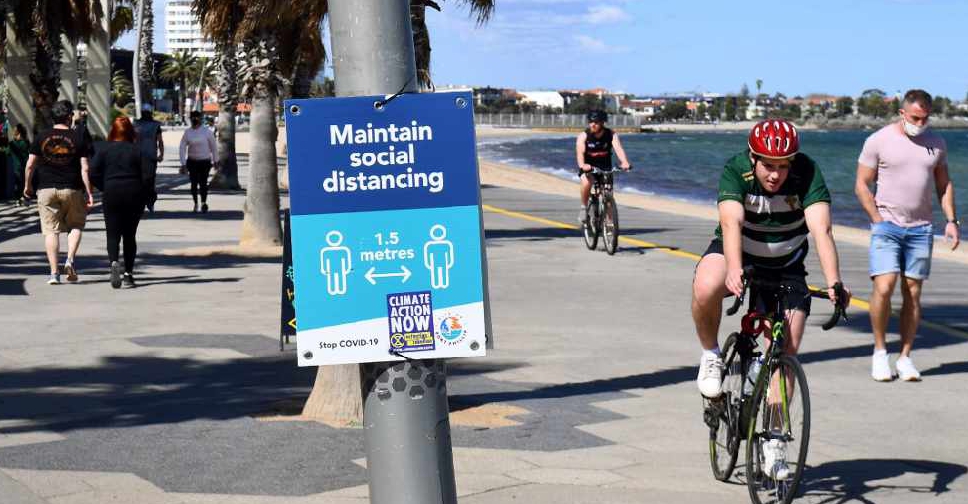 Australia on Thursday reported the biggest one-day rise in COVID-19 cases in more than a week, denting optimism that a stringent lockdown of its second-largest city will soon be lifted.

Authorities said 127 cases of COVID-19 have been detected in the past 24 hours, up on the 109 cases recorded on Wednesday and the biggest one-day jump since August 28.

The bulk of the cases were detected in Victoria state which reported 113 new cases in the past 24 hours, despite the state capital, Melbourne nearing the end of a six-week lockdown.

As result, state authorities said Australia's second-largest city - home to 5 million people - may have to continue with restrictions beyond the planned September 13 end date.

"I can't rule out that we have to continue (with some) rules. I simply can't," state Premier Daniel Andrews told reporters in Melbourne.

Victoria in August imposed a nightly curfew, tightened restrictions on people’s movement and ordered large parts of the local economy to close to slow the spread of the novel coronavirus.

Australia has now recorded more than 26,000 COVID-19 cases, while the death toll rose to 678 after a further 15 people in Victoria died.

Although strict restrictions have helped to prevent the spread of the virus beyond Victoria, they have wreaked havoc on the economy, with official data on Wednesday showing Australia had entered its first recession in three decades.