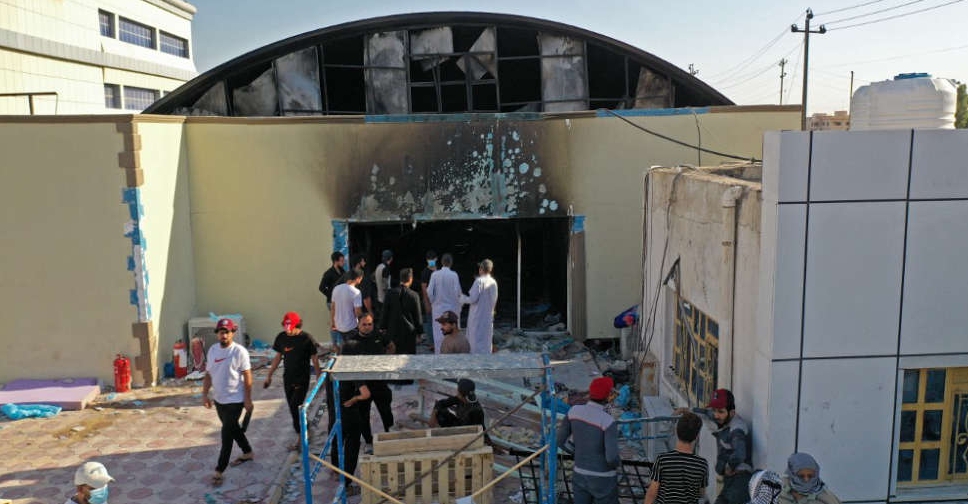 The death toll in a fire that spread through a coronavirus hospital in southern Iraq rose to 92, health officials said on Tuesday, as an angry crowd blaming local authorities for negligence gathered near the city's morgue.

More than 100 others were injured in Monday night's fire in the city of Nassiriya, which an initial investigation showed began when sparks from faulty wiring spread to an oxygen tank that then exploded, local police and civil defence authorities said.

In April, a similar explosion at Baghdad COVID-19 hospital killed at least 82 and injured 110.

"To have such a tragic incident repeated few months later means that still no (sufficient) measures have been taken to prevent them," Ali Bayati said.

Anger spread among people gathered at Nassiriya's morgue as they waited to receive relatives' bodies.

"No quick response to the fire, not enough firefighters. Sick people burned to death. It's a disaster," said Mohammed Fadhil, who was waiting there to receive his bother's body.

The blaze trapped many patients inside the hospital's coronavirus ward, who rescue teams struggled to reach, a health worker told Reuters on Monday before entering the burning building.

Prime Minister Mustafa al-Kadhimi had ordered the suspension and arrest of health and civil defence managers in Nassiriya on Monday, as well as the al-Hussain hospital's manager, his office said.