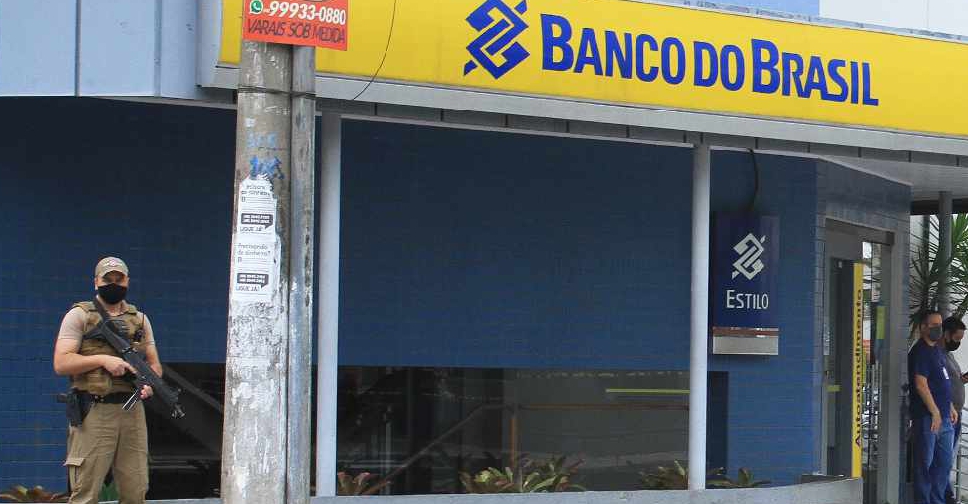 More than 20 armed robbers stormed a bank in a small Brazilian town on Wednesday, taking hostages, exchanging gunfire with police in the streets and killing one person before fleeing in a convoy of vehicles.

The attack, in the early hours of the morning in the northern riverside city of Cametá, was the second such heist in as many days in Brazil, marking an escalation in the scale, organisation and aggression of bank robberies.

The attack on Wednesday saw the group of men, armed with high-caliber weapons, storm a branch of Banco do Brasil SA, the Para state security ministry said.

Images on social media showed a firefight in the streets of the town. The robbers killed one hostage during the heist, the ministry added, while another local resident was shot in the leg and is in a stable condition in hospital.

The security ministry said it had found one abandoned getaway vehicle outside the town with explosives inside. The town was now calm, it added, with police reinforcements arriving by plane and boat.

It was not immediately clear how many hostages had been taken or if they were all freed. Authorities also did not say how much money was stolen from the bank.

The Cametá attack came a day after a similar heist to a Banco do Brasil branch in the southern city of Criciúma.

Bank robbers there blasted explosives and fired high-caliber weapons at police, in a heist that injured two people and left reams of cash in the streets to be pocketed by locals.

State-controlled lender Banco do Brasil did not immediately comment on the attacks.