8 arrested over university protest as crackdown intensifies in Hong Kong 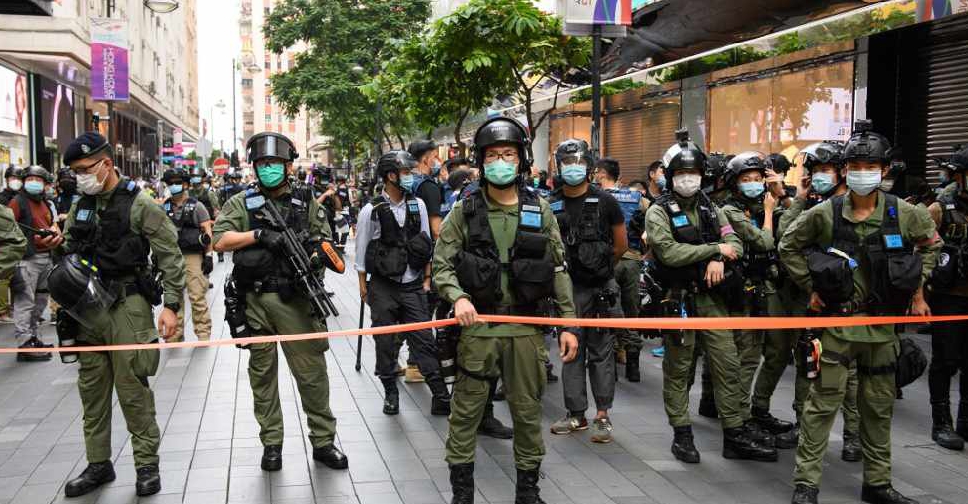 Eight people in Hong Kong have been arrested over a protest at a university last month, police said on Monday, as the government intensifies a crackdown on pro-democracy activists.

Police said eight males aged between 16 and 34 were arrested for illegal assembly at the Chinese University of Hong Kong (CUHK) and three of them - who were not students at the university - were also arrested on suspicion of inciting secession.

"We only arrested them who were shouting the slogan and displaying the flags (that) involved some national security concerns," Steve Li, Senior Superintendent of the police’s National Security Department, said at a press conference, referring to slogans deemed pro-independent.

Officers from the national security department went to the campus in an apparent search for evidence after the university contacted authorities.

On Britain's handover of Hong Kong to Beijing in 1997, the city was guaranteed wide-ranging freedoms under a "one country, two systems" formula for 50 years. But, democracy activists and critics of the government fear those freedoms are being eroded more swiftly.

The squeeze on opposition forces has been widely condemned by the West and human rights groups, which fear authorities are using the security law to crush much-cherished freedoms not seen on the mainland, including freedom of speech and assembly.

Beijing and Hong Kong officials deny that claim and say the security legislation is necessary to bring stability to the global financial hub after anti-government protests over the past year that plunged the city into chaos.