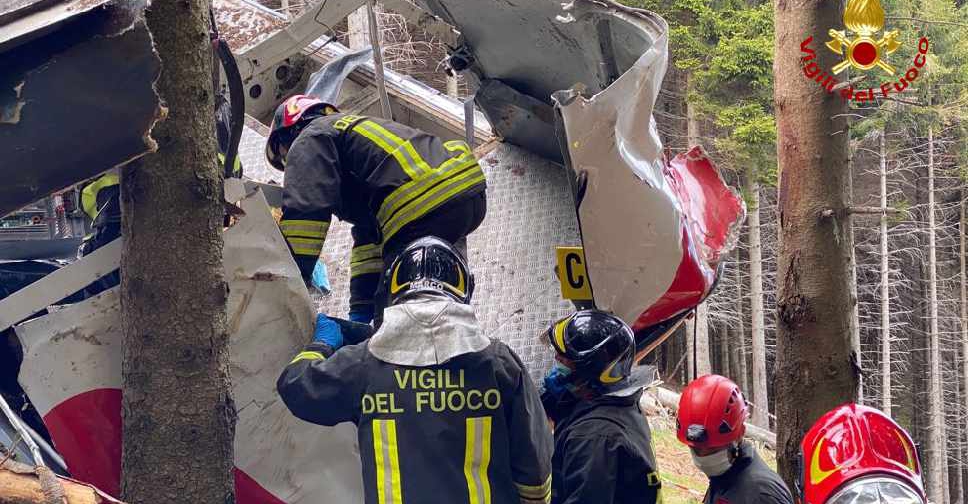 Three people were arrested on Wednesday over a cable car crash in northern Italy that killed 14 people after a prosecutor said the safety brake mechanism had been deactivated, police told Reuters.

On Sunday, the gondola on a cableway connecting the town of Stresa, on the shores of Lake Maggiore, to the nearby Mottarone mountain, plunged to the ground, killing all aboard apart from a five-year-old Israeli boy.

Italian prosecutors have opened an investigation into suspected involuntary manslaughter and negligence.

A Carabinieri police officer said they had arrested the owner of Ferrovie Mottarone, the company that manages the cableway, its director, and the manager of the cableway.

Luca Geminale, Captain of the Carabinieri police in the city of Verbania, said that in order to get round problems with the cable car mechanism, the three men had made use of a device that stopped the emergency brake from working.

Lieutenant colonel Alberto Cicognani told broadcaster RAI that the three had deactivated the emergency brake, which had been kicking in repeatedly and preventing the service from operating as it should.

On Sunday, the braking mechanism on the wire bearing the weight of the cabin failed to engage and the gondola slid backwards before apparently hitting a pylon and tumbling to earth, where it rolled down the steep slope before hitting trees.

The cable car underwent major maintenance work between 2014 and 2016. Checks were carried out in 2017 and again last year by specialist technicians.