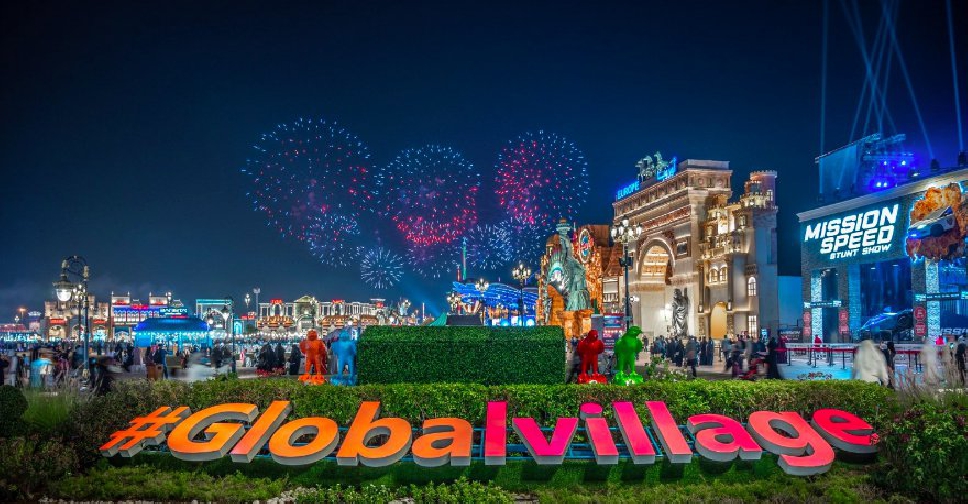 In a show of support for frontline workers, guests and staff at Global Village gave a standing ovation.

They saluted healthcare workers, policemen, testing and care staff, cleaning crews, Civil Defence and the many individuals who sacrificed their own safety to protect the community in 2020.

A special fire and fountain show titled 'High Hopes for Heroes' was also played in their honour during the New Year's Eve celebrations.

. @GlobalVillageAE: Thank you to all the amazing front line heroes for keeping us safe in 2020. #Dubai #UAE pic.twitter.com/n7kXbXG0W0

It's the ninth record of the season, as the park aims to break 25 world records to mark its 25th anniversary celebrations.