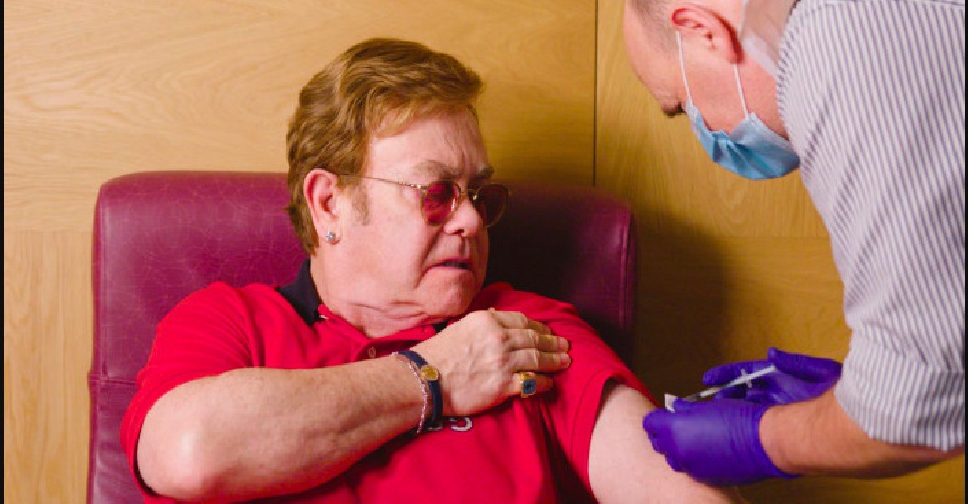 Two of Britain's most famous performers, singer Elton John and actor Michael Caine, have joined forces to lampoon themselves in a comic advert encouraging the public to get a COVID-19 vaccine.

The 90-second advert sees John send up his flamboyant reputation, while Caine mocks himself by repeating the famous catchphrase used by his innumerable impersonators: "Not many people know that".

Britain has currently delivered first doses of vaccine to more than 12.6 million people and is on course to reach its target of reaching 15 million in the top four priority groups, including those aged over 70, by February 15.

However, there is concern that some people will shun the vaccines because of misinformation or conspiracy theories about the shots.

The commercial, released on Wednesday, features John pretending to audition for the role in the advert, and receive criticism from the director for his acting skills and for being too "showbiz", before the singer delivers an impression of Caine himself.

After pretending to have a vaccine shot, he bursts into a rendition of I'm Still Standing - one of his hit songs - whereupon the director quips: "Thanks Elton, we will let you know".

A disgruntled John replies: "At this short notice you won't find anyone bigger", before the commercial cuts to Caine having his vaccine shot.

"Hello, my name is Michael Caine," the actor says. "I've just had a vaccine for COVID. It didn't hurt - not many people know that."

The director thanks Caine, before adding: "Let the little fellow know he didn't get the job".

Speaking about his participation in the commercial, John said in a statement: "I wanted to take part in this film to help show people the benefits of getting vaccinated and how it helps protect ourselves and the people we love.

"I hope we can all come together and do our bit in the fight against this wretched disease."