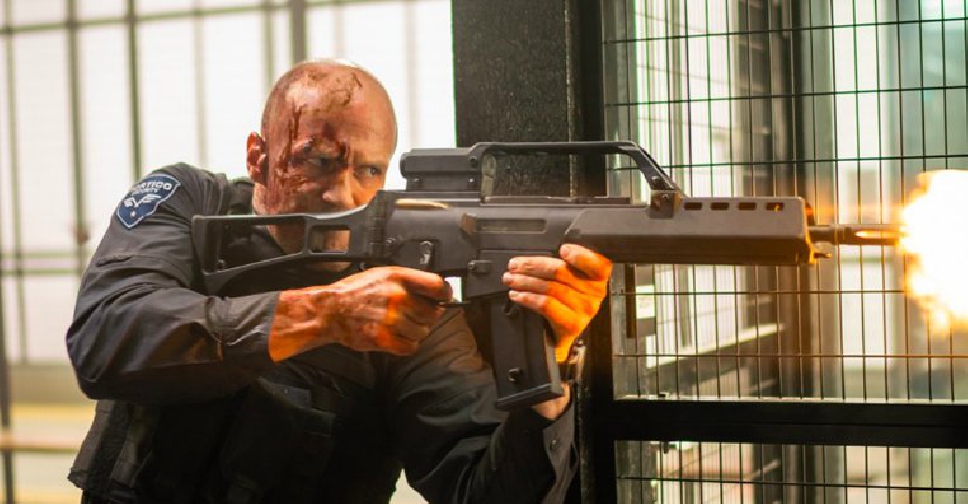 All it took was a two-minute phone call to pitch the idea for his new film 'Wrath of Man' and British director Guy Ritchie was back working with action star Jason Statham after some 15 years.

The dark thriller sees Statham play "H", a mysterious loner who takes up a job at a security firm whose armoured vehicles transporting valuables have recently been the target of deadly armed robberies.

With the attacks continuing, it soon transpires "H" is not after a steady paycheck but rather a skilled marksman seeking revenge for a personal tragedy.

Statham was working as a model when Ritchie first cast him in his 1998 movie Lock, Stock and Two Smoking Barrels, helping him launch his film career. The two went on to collaborate on the 2000 movie Snatch and reunited again in 2005 for their last joint project Revolver.

"The only difference is we're a little older and a little chubbier... He called me up about this idea that he had. It was a very short pitch and I liked the premise. And I was quick to say 'yes'," Statham told Reuters.

For the movie, based on the 2004 French thriller Le Convoyeur, Ritchie enlisted an ensemble cast including Josh Hartnett, Scott Eastwood, Andy Garcia, Eddie Marsan and Holt McCallany. He also hired US rapper Post Malone for a surprise cameo.

Hartnett, a former Hollywood heartthrob who appeared in early 2000s hits Pearl Harbor, Black Hawk Down and Lucky Number Slevin, said he had quietly been keeping busy with other projects in recent years.

"I've always been sort of making really interesting films. It's just suddenly Hollywood is taking notice again and I'm getting offers for bigger films," he said. "It goes in waves. Hollywood's a weird place and I love it and hate it."

Wrath of Man opens in US cinemas on May 7.