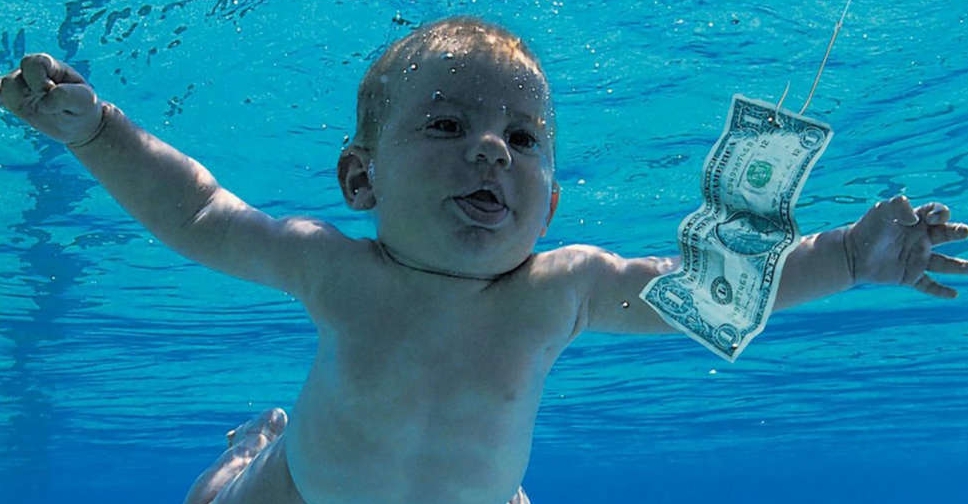 A man who was photographed as a baby on the cover of Nirvana's 1991 "Nevermind" album has filed a lawsuit against the surviving members of the influential band, alleging the image was child exploitation.

In a lawsuit filed in federal court in California, Spencer Elden alleged he has suffered lifelong damages from the image used on the album's cover, which depicted him swimming toward a dollar bill pierced with a fish hook.

Nevermind is one of the best-selling albums of all time, having sold over 30 million copies worldwide.

Universal Music Group, Weddle and a publicist for Love did not immediately respond to requests for comment.

According to the lawsuit, Elden's parents never received any compensation for the image shot by Weddle, who was a friend of Elden's father.

The lawsuit alleged Cobain initially agreed to have a sticker censor Elden's private parts on the album cover, but no stickers were used.

Elden recreated the image as an adult in 2016, and has Nevermind tattooed on his chest.