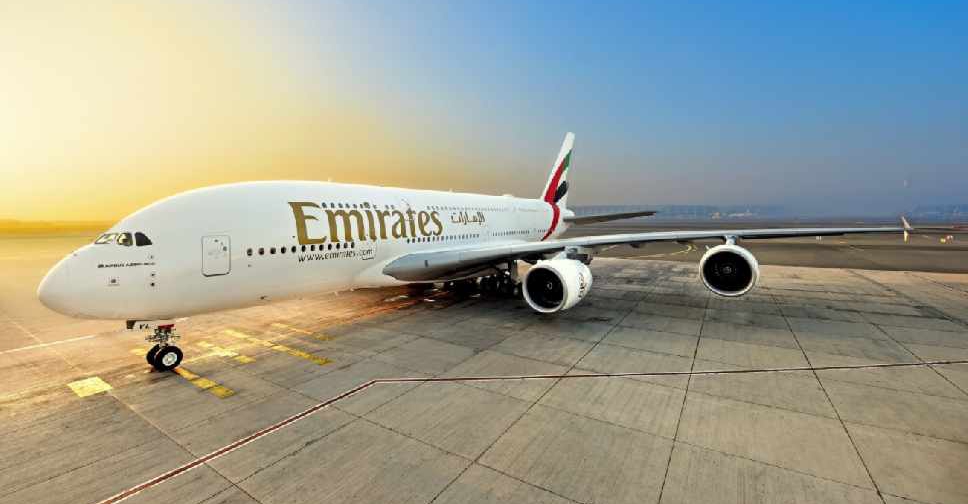 Emirates has received first of three A380s to join its fleet in 2020.

Powered by a blend of conventional jet fuel and sustainable aviation fuel, the aircraft, which is its 116th A380, arrived in Dubai in the early hours of Saturday.

The UAE carrier is set to receive two more A380 aircraft later this month, one of which will feature its long-awaited signature Premium Economy cabin.

Sir Tim Clark, President of Emirates Airline, highlighted how the "space and technology on the A380" have helped "introduce new concepts onboard and transform the flying experience for the better".

"We look forward to introducing our Premium Economy experience, which will make its debut on an A380 in the coming months, and we will continue to invest in our world-class A380 product experience," he added.

"The A380 will remain our flagship for the next decade, and we will re-deploy it on more routes as travel demand returns."

.@Emirates welcomes its 116th A380 as the first of three A380s to join its fleet in 2020. The aircraft arrived in #Dubai in the early hours of Saturday morning, powered by a blend of conventional jet fuel and sustainable aviation fuel.https://t.co/YSLgexPLLt pic.twitter.com/QLdvkKtlPs

Since its entry into the Emirates fleet 12 years ago, the A380 has been the airline's flagship and a customer favourite. Signature elements such as A380 Onboard Lounge and Shower Spa, continue to be talked about around the world.

The A380 currently flies to Cairo, Amman, Paris, London, Guangzhou, Manchester and Moscow and recently services have been ramped up to four daily A380s on London Heathrow and daily flights to Moscow.

The double-decker is also demonstrating its versatility by being utilised as a 'mini-freighter' on select cargo charter operations to transport urgently required cargo across the Emirates network.