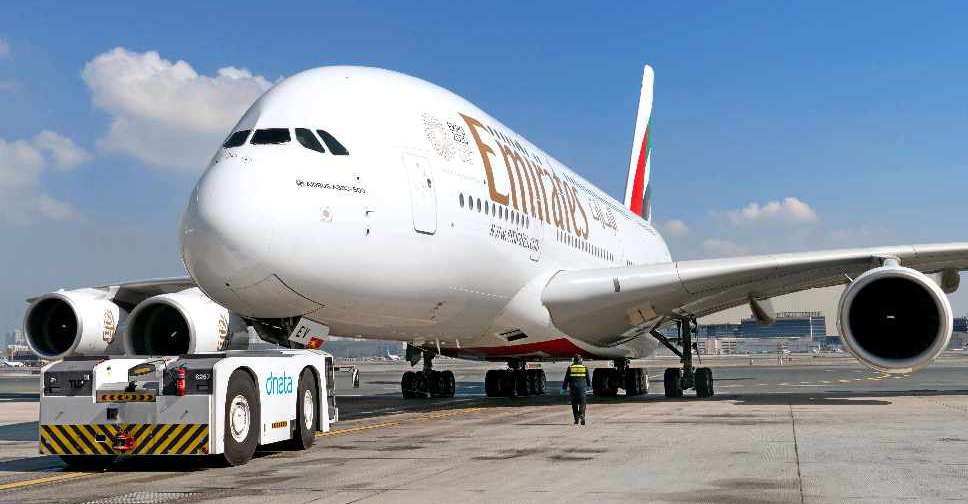 The Emirates Group has announced its half-year results for the 2020-21 financial year.

"This dramatic revenue decline was due to the COVID-19 pandemic which brought global air passenger travel to a halt for many weeks as countries closed their borders and imposed travel restrictions. As part of pandemic containment measures, Emirates and dnata’s hub in Dubai also suspended scheduled passenger flights for 8 weeks during April and May," the Group said in a statement.

Sheikh Ahmed bin Saeed Al Maktoum, Chairman and Chief Executive, Emirates Airline and Group, said, "We began our current financial year amid a global lockdown when air passenger traffic was at a literal standstill. In this unprecedented situation for the aviation and travel industry, the Emirates Group recorded a half-year loss for the first time in over 30 years.

"As passenger traffic disappeared, Emirates and dnata have been able to rapidly pivot to serve cargo demand and other pockets of opportunity. This has helped us recover our revenues from zero to 26 per cent of our position the same time last year," he explained.

Sheikh Ahmed added, "We would like to thank our customers for their continued support, and express our appreciation for the combined stakeholder efforts that have made it possible for Dubai to resume aviation and other economic activity so quickly and safely. No one can predict the future, but we expect a steep recovery in travel demand once a COVID-19 vaccine is available, and we are readying ourselves to serve that rebound. In the meantime, Emirates and dnata remain responsive in deploying resources to serve our customers and meet demand."

"We have been able to tap on our own strong cash reserves, and through our shareholder and the broader financial community, we continue to ensure we have access to sufficient funding to sustain the business and see us through this challenging period. In the first half of 2020-21, our shareholder injected US$ 2 billion into Emirates by way of an equity investment and they will support us on our recovery path."

This is in line with the company’s expected capacity and business activities in the foreseeable future and general industry outlook. Emirates and dnata continue to look at every means to protect its skilled workforce, including participating in job saver programmes where these exist.

During the first six months of 2020-21, Emirates retired 3 older aircraft from its fleet as part of its long-standing strategy to improve overall efficiency, minimise its emissions footprint, and provide high-quality customer experiences.

As directed by the UAE General Civil Aviation Authority, Emirates temporarily suspended passenger flights on March 25 and worked closely with governments and embassies to operate repatriation services until Dubai International airport (DXB) re-opened for transit passengers and later for scheduled passenger flights. The airline also partnered with the health authorities to implement comprehensive pandemic health and safety measures onboard and on the ground, to safeguard its customers, employees and the communities it serves.

The airline also took its customer commitment to the next level, by expediting refunds, offering rebooking flexibility, setting up a COVID-19 travel information hub on its website to offer the latest updates on ever-changing travel requirements, and by launching the industry’s first COVID-19 medical cover for all passengers at no additional cost.

Emirates gradually restarted scheduled passenger operations on May 21. By September 30, the airline was operating passenger and cargo services to 104 cities.

Overall capacity during the first six months of the year declined by 67 per cent to 9.8 billion Available Tonne Kilometres (ATKM) due to a substantially reduced flight programme over the past months, including the suspension of passenger flights at Dubai International Airport for 8 weeks.

Emirates carried 1.5 million passengers between April 1 and September 30, down 95 per cent from the same period last year. The volume of cargo uplifted at 0.8 million tonnes has decreased by 35 per cent while yield has more than doubled by 106 per cent. This reflects the extraordinary market situation for air freight during the global COVID-19 crisis, where drastically reduced passenger flights led to limited available capacity while airfreight demand rose strongly.

Emirates was able to uplift 65 per cent of its cargo volumes compared to the same period last year, which shows its cargo division’s agility in adapting its operations to provide air freight services in this new environment. In a very short time, Emirates Skycargo completed the partial retrofit of 10 Boeing 777-300ER passenger aircraft to transport freight on the main deck, introduced new operation protocols to enable the safe uplift of cargo in passenger cabins, rapidly restarted and scaled up its global cargo network, and put in place comprehensive bio-safety protocols for employees.

In the first half of the 2020-21 financial year, Emirates loss was AED 12.6 billion (US$ 3.4 billion), compared to last year’s profit of AED 862 million (US$ 235 million). Emirates revenue, including other operating income, of AED 11.7 billion (US$ 3.2 billion) was down 75 per cent compared with the AED 47.3 billion (US$ 12.9 billion) recorded during the same period last year. This result was due to severe flight and travel restrictions around the world relating to the COVID-19 pandemic.

Emirates operating costs reduced by 52 per cent against the overall capacity decrease of 67 per cent. Fuel costs were 83 per cent lower compared to the same period last year. This was due to a decrease in oil prices (down 49 per cent compared to the same period last year), as well as a 76 per cent lower fuel uplift from substantially reduced flight operations during the six months period up to end of September. Fuel, which was the always the largest component of the airline’s cost in past reporting cycles, only accounted for 11 per cent of operating costs compared with 32 per cent in the first six months of last year.

Despite the significant drop in operations during the six months, Emirates’ EBITDA stood positive at AED 290 million (US$ 79 million) compared to AED 13.2 billion (US$ 3.6 billion) for the same period last year.

Dnata’s businesses in ground handling, catering and travel services were heavily impacted by the COVID-19 pandemic as customer airlines cut their flight schedules and service requirements or suspended operations entirely, and dynamic border restrictions around the world curbed travel demand and bookings.

Where eligible, dnata participated in job saver and other government support programmes. This included retraining employees and redeploying them in other essential industries with labour shortfalls during the pandemic. dnata also introduced new flexible work models in markets where it was possible to do so, in order to retain more of its skilled workforce.

Across its business divisions, dnata implemented enhanced health and safety measures to safeguard employees and communities, and recalibrated its products and services to meet new client requirements. It also tapped on opportunities in markets as these arose, for instance partnering with healthcare providers to offer airline passengers pre-travel COVID-19 PCR tests as part of its home check-in services.

Dnata’s airport operations remain the largest contributor to revenue with AED 1.7 billion (US$ 454 million), a 54 per cent decline as compared to the same period last year. Across its operations, the number of aircraft handled by dnata declined sharply by 71 per cent to 102,917, and it handled 1.3 million tonnes of cargo, down 12 per cent.

Dnata’s flight catering operation, contributed AED 426 million (US$ 116 million) to its total revenue, down 76 per cent. The number of meals uplifted declined by 84 per cent to 8.3 million meals for the first half of the financial year after last year’s 51.9 million record performance.