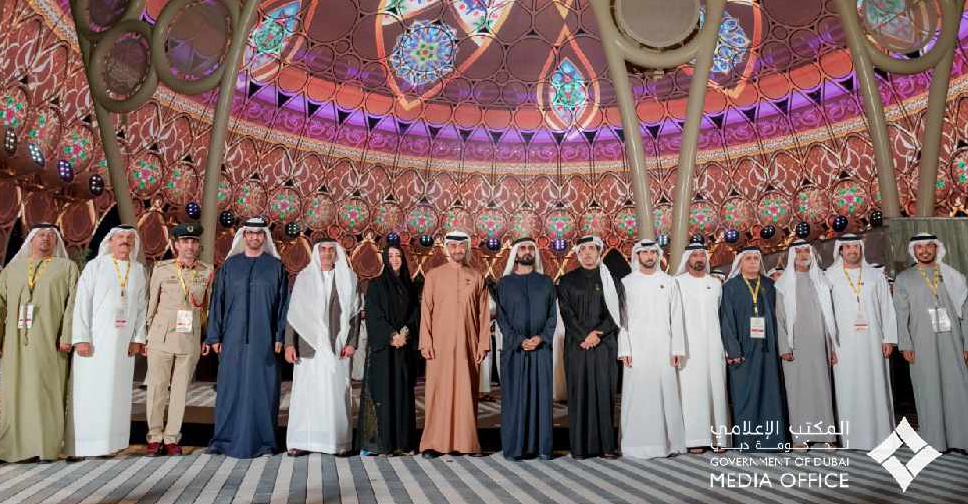 The UAE’s leaders have inaugurated Al Wasl Plaza, which is the heart of the Expo 2020 Dubai site.

They said the UAE is a perfect host for Expo 2020, which will promote optimism and inspire people to work towards a better future.

"Thanks to the efforts of UAE citizens and residents, as well as all those who have contributed to its success and prosperity, Expo 2020 will mark the start of a new 50-year phase of leadership and achievements," said Sheikh Mohammed bin Rashid.

.@HHShkMohd: We work with all countries & governments keen to promote the prosperity & wellbeing of humanity. In a few months, the world will gather in this place to celebrate the cultures of various nations across the world & humankind’s best innovations. pic.twitter.com/pAYm8tNKqt

Sheikh Mohamed bin Zayed said Expo 2020 will be an opportunity to showcase the achievements of the Emirates to the world.

.@MohamedBinZayed: The world will be able to better understand the achievements we have accomplished in the short period since our nation’s foundation, and will learn about our traditions & heritage, our diversity and our experience of peaceful coexistence. pic.twitter.com/AbkDT7DM6c

Their Highnesses were also briefed on the various phases of Expo completed in 2019, as well as the preparations to welcome the 192 participating countries and millions of visitors.

The entire project has achieved 150 million working hours and has 38,000 people currently working on site.