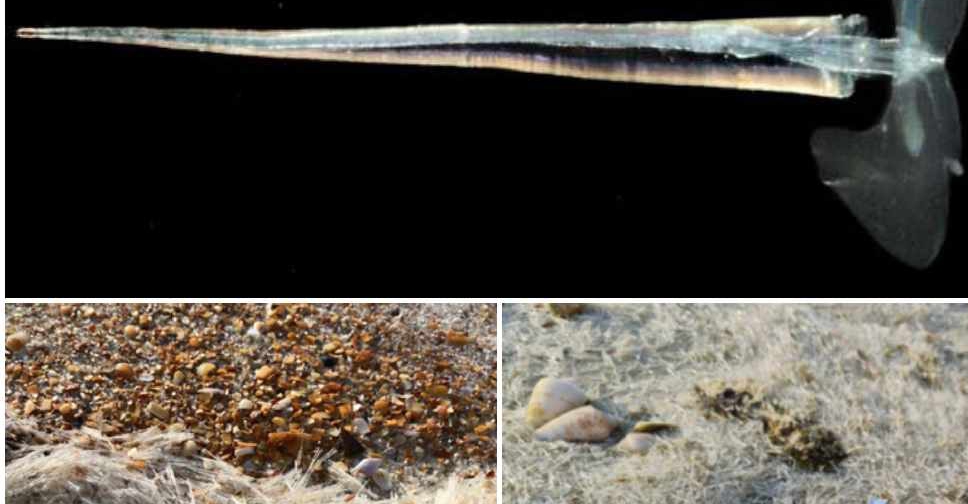 Dubai Municipality has reassured the public that the butterfly-like marine creatures recently spotted on the beaches are harmless and non-toxic.

They do not pose a threat to the safety of beachgoers but can stick to the body, causing discomfort.

The organisms usually die on the dry sand after the tide sweeps them to the shore.

Hailing from the Creseis Acicula species, the creatures belong to the family of sea butterflies, a sub-category of sea snails.

Measuring between 7.15 and 13.2 mm in length, the creatures’ bodies are protected by a pointed needle-like shell.

They are found mainly in warm waters and tend to appear in coastal waters following changes in marine conditions such as storms and strong winds, as well as sharp fluctuations in temperature, salinity and food availability.

It's the first time that the creatures have been found in such large numbers on the emirate’s beaches.

They were also spotted in Jumeirah-1 Beach on May 27.

After continued monitoring on May 31 and on the morning of June 1, they were not detected on public beaches except in the waters off Al Shurouq Beach outside the swimming area.

The Municipality has intensified inspections in all public beaches in the emirate to monitor the extent of their spread, and collect samples for analysis.

It has also stepped up cleaning operations to remove any remnants of these organisms on the beaches.