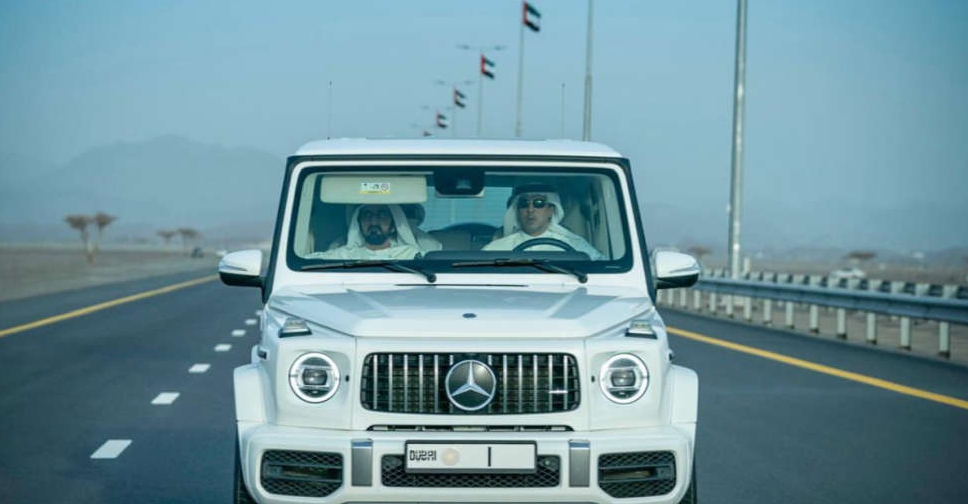 Taking to his official Twitter handle, Sheikh Mohammed shared images of the opening of the new roads.

"It aims to bring the regions closer and link the people of the UAE," Sheikh Mohammed wrote.

"We are constantly seeking to implement new strategic projects that can generate economic value by more closely integrating various regions in the country, enhancing productivity and creating fresh investment prospects, which in turn can bring new opportunities for the country’s people and institutions."

His Highness Sheikh Mansour bin Zayed Al Nahyan, Deputy Prime Minister and Minister of Presidential Affairs, who accompanied Sheikh Mohammed highlighted how the UAE leadership "considers infrastructure development as one of its highest priorities since it is key to opening new horizons for economic growth and development.

"The country aims to create infrastructure that is among the world’s best and our strategic projects are designed to further enhance the UAE’s high global ranking in economic, social and quality of life indicators."

With Sheikh Mansour bin Zayed, we launched major infrastructure projects worth AED1.9 billion. Infrastructure has been steadily developing since the formation of our country and we will continue building the UAE relentlessly. pic.twitter.com/PqO9SK7rdw 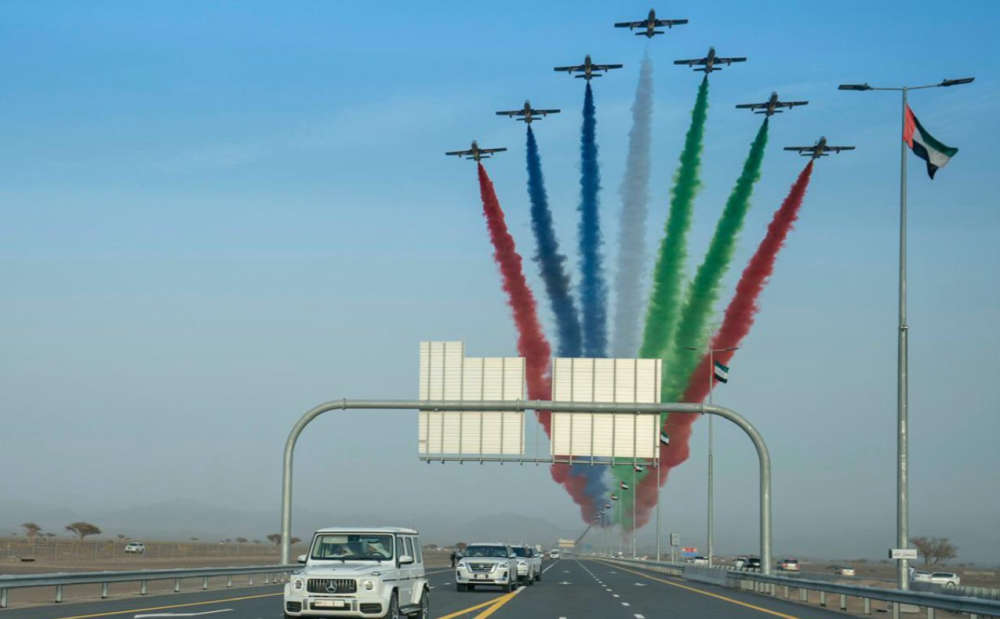 The 52-km route, with three lanes in each direction, is an extension of the Sheikh Khalifa Road (E84) leading to Fujairah. It has a design speed of 140 km/h.

This axis extends from the intersection of Sheikh Khalifa Road with Sharjah-Kalba Road (E102) and continues through the Mleiha area and Al Madam area in Sharjah and ends in the Al Shuwaib area in Abu Dhabi.

The second axis is the three-lane Al-Watan Road, featuring a length of 42 km and a design speed of 120 km/h.

This extends from the Hatta area, passing through the Masfout area in Ajman, the Almunaee area and the mountains of Wadi Al Qor in Ras Al Khaimah and intersects with the first axis in the Mleiha area in Sharjah.

The third axis is the Dubai-Hatta Road, which includes the development and improvement of the current Dubai-Hatta road between Nizwa and Al Madam areas within Sharjah, with three lanes in each direction instead of two lanes, at a speed of 120 km/h. The length of this lane is 18 km.

The road includes the construction of an upper crossing for vehicles in the Madam area and two bridges over the Madam roundabout. The project also includes the development of the current lower crossing leading to Al Nizwa area and the construction of four pedestrian bridges in the Madam area. The project aims to improve traffic safety and the flow of vehicles on the road.

The new roads will help shorten travel time. The second axis, along with a part of the first axis, will shorten the distance between Al Madam roundabout and Hatta from 115 km to 95 km, reducing travel time by 30 minutes.

In addition, the first axis will contribute to shortening the distance between Al Shiwayb area and Fujairah from 115 km to 93 km, reducing travel time by 15 minutes.