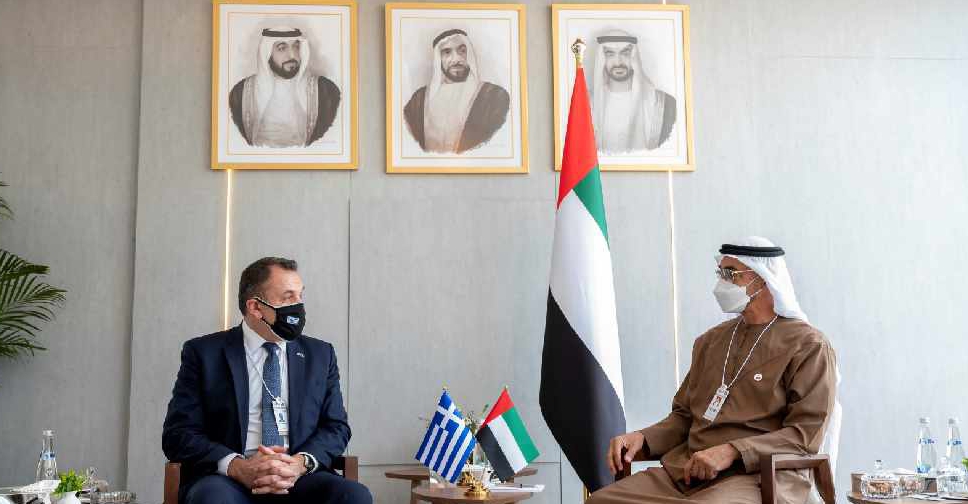 The meetings took place on the sidelines of the International Defence Exhibition (IDEX) in Abu Dhabi.

His Highness also received Denis Manturov, Minister of Industry and Trade of the Russian Federation, and Nikolaos Panagiotopoulos, Defence Minister of Greece.

The discussions focused on ways to strengthen cooperation in defence and military fields.

Sheikh Mohamed and the visiting dignitaries highlighted the role of IDEX in building regional and international defence partnerships and showcasing the latest technology, systems and services.

It is a pleasure to announce the start of IDEX 2021. IDEX is an important defense platform shaping the global defense industry and also helping to forge new partnerships between countries. pic.twitter.com/9iYmFbvYdX