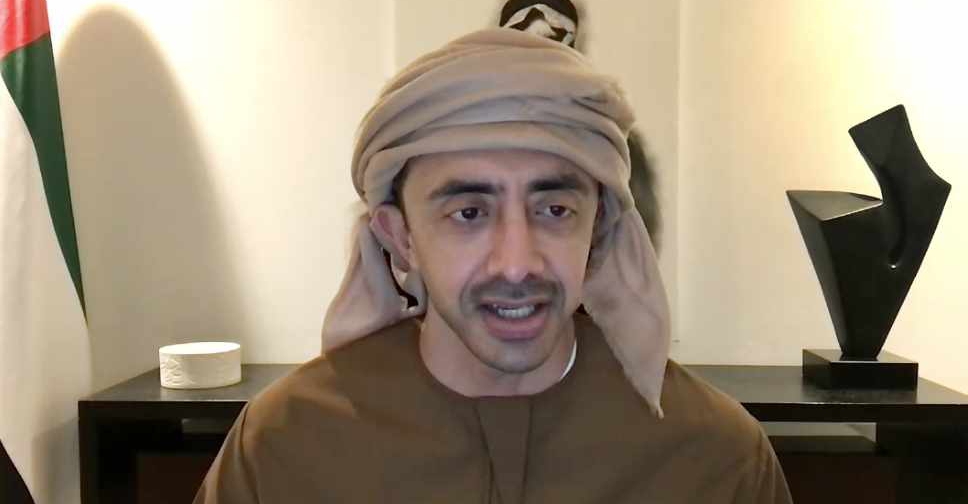 His Highness Sheikh Abdullah bin Zayed Al Nahyan, Minister of Foreign Affairs and International Cooperation has called on employees of public and private educational establishments to take the COVID-19 vaccine.

While chairing a meeting of the Education and Human Resources Council, Sheikh Abdullah urged all workers in the education sector, including teachers and administrative staff to get the jab.

He said the move will support the country’s efforts to vaccinate over 50 per cent of the population in the first quarter of 2021.

Sheikh Abdullah praised the achievements of the council’s members in ensuring the continuity of the education process.

He stressed that overcoming this phase of the pandemic requires the cooperation of all members of the community while highlighting his confidence in the awareness of education professionals and employees of educational establishments of their key role in supporting the country’s efforts to contain the pandemic and protect the community.

The minister also pointed out that the UAE has been keen to lead other countries in countering the virus, through adopting precautionary measures, performing tests, and offering the COVID-19 vaccine to all segments of the community.

"We look forward to the return of our sons and daughters to their schools, to develop their capacities and skills in a safe and healthy academic environment where they can be overachievers, preparing a promising generation capable of leading the country in the future," Sheikh Abdullah said.

During the virtual meeting, Dr. Ahmad Belhoul Al Falasi, Minister of State for Entrepreneurship and SMEs, presented a strategy for motivating national entrepreneurship, which aims to establish a comprehensive framework for supporting entrepreneurs and small and medium-sized enterprises (SMEs) around the country.

He addressed the role of this sector in creating job opportunities and reinforcing the UAE’s regional and global competitiveness.

The Ministry of Education and local education authorities agreed to set the date for receiving students in private schools from India, Pakistan and Japan, as well as starting the academic year in April, and accepting students of the appropriate age on March 31 for the 2021-2022 academic year.