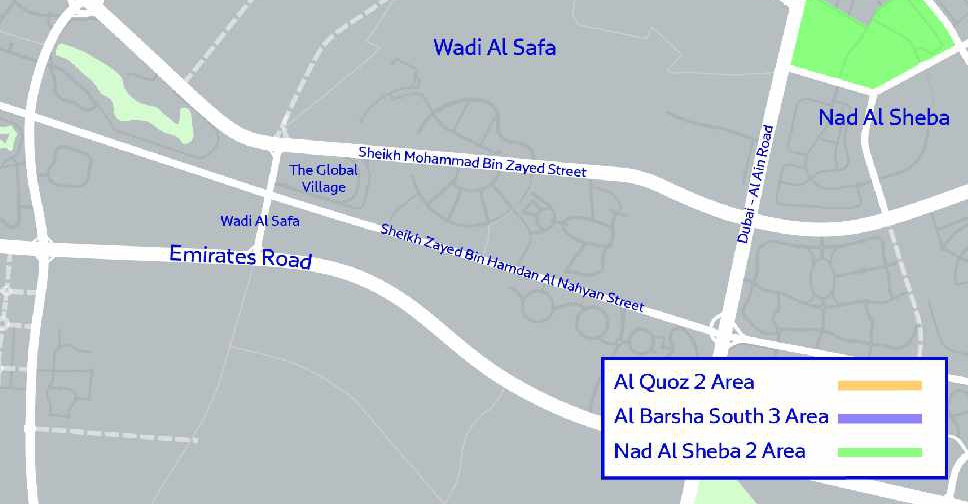 The network, which spans 34.4 km in length, is expected to be completed in the second half of 2022.

Al Quoz 2 will see improvements in the infrastructure of roads, as well as streetlights, and rainwater drainage systems in residential areas.

An internal roads network extending 16 km will be constructed in an area situated between Al Khail and Al Meydan Roads.

The internal roads network for Nad Al Sheba 2 will cover the construction of 12 kms of road along with parallel parking and streetlights, as well as linking the storm water and sewage networks.

The project will enhance the efficiency of the traffic flow and traffic safety in the area by improving the entry/exit points, paving streets that serve all residential plots in the area in addition to providing two new entry/exit points from and to Al Manama and Nad Al Hamar Streets to improve the link with the surrounding areas.

.@rta_dubai awards a contract for constructing internal roads project at 3 residential communities namely: Al Quoz 2, Nad Al Sheba 2 & Al Barsha South 3. The network which spans 34.4 km in length, is expected to be completed in the second half of 2022. https://t.co/aDsn7oTVH0 pic.twitter.com/vYkbcNkvty