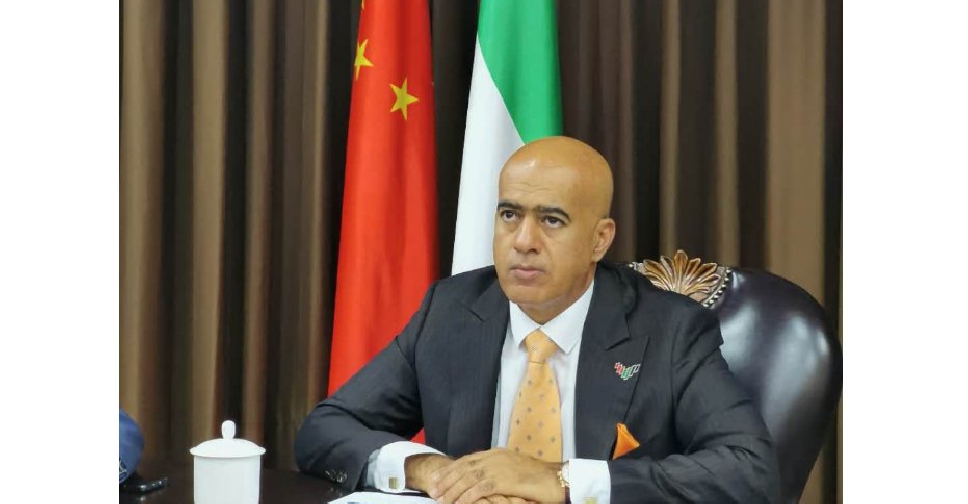 The UAE's Ambassador to China has lauded the bilateral ties between the two friendly countries on the occasion of China's 71st National Day.

He also congratulated the Chinese leadership and people, praising their major local and international achievements.

Al Dhaheri hailed China for its success in the fight against COVID-19 and added that the UAE was among the first countries to support the Chinese people since the outbreak of the virus in Wuhan.

The UAE was also among the first nations to launch Phase III clinical trials of a coronavirus vaccine in partnership with major Chinese pharmaceutical company Sinopharm.

"Different forms of material and moral support were provided to China by the UAE’s leadership and people, which was also an opportunity to enhance the cooperation between the two countries to include scientific research in the area of health, especially with regards to the clinical coronavirus vaccine trials."

Al Dhaheri stressed the many areas of bilateral cooperation between the UAE and China reflect the special nature of their relationship, the foundations of which were established in 1990 during the late Sheikh Zayed bin Sultan Al Nahyan’s historic visit to China.

These relations were then enhanced by His Highness Sheikh Mohamed bin Zayed Al Nahyan, Crown Prince of Abu Dhabi and Deputy Supreme Commander of the UAE Armed Forces, and numerous mutual official visits took place resulting in many agreements and Memoranda of Understanding.

The UAE and China share historic relations built on solid foundations of cooperation that started on December 3, 1971, two days after the establishment of the country, when the late Sheikh Zayed sent a cable to Zhou Enlai, who was the then head of the Chinese Government.

In 2018, the visit to the UAE of Xi Jinping, President of China, also the first official visit of a Chinese President for 30 years, was a turning point in bilateral relations and a new era of strategic partnership.

The value of trade between the UAE and China amounted to $48.67 billion in 2019, marking a 6 per cent increase per annum, and 4,200 Chinese companies, 356 commercial agencies and over 2,500 trademarks are present in the UAE.