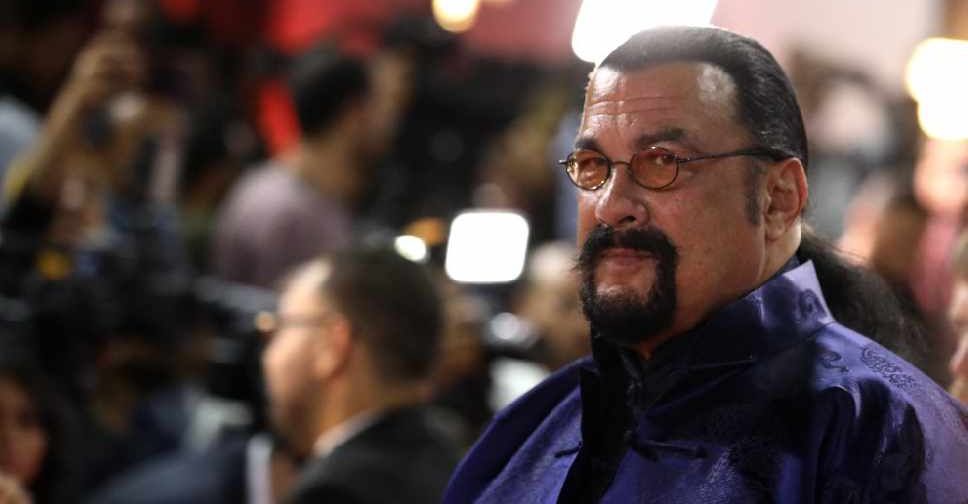 He received a party membership card of an alliance named Just Russia - Patriots - For Truth on Saturday, a video released by the party showed. It was formed earlier this year, when three leftist parties, all of which support Putin, merged into one.

Seagal, a Russian citizen since 2016, proposed a crackdown on businesses which damage the environment.

"Without being able to arrest people, when we just fine them, they are probably making more money of the production of the things that are defiling the environment," said in his welcome speech at a party event.

The party controls a faction in the lower house of the Russian parliament and plans to take part in a parliamentary election in September.

Seagal, a US-born martial artist, is best known for producing and starring in action movies, while Putin, who granted him the citizenship, is a fan of martial arts.

At Saturday's ceremony, Seagal posed for pictures next to one of the party leaders, Russian writer Zakhar Prilepin, who enrolled in an army of pro-Russian separatists in eastern Ukraine and admitted to commanding a combat unit in a conflict which has killed 14,000 people in seven years.

In 2018, Russia tasked Seagal with improving humanitarian ties with the United States at a time when relations between the two countries have deteriorated to their worst level since the Cold War.

As a Russian representative, Seagal visited Venezuela earlier in May and presented a samurai sword to Venezuelan President Nicolas Maduro.