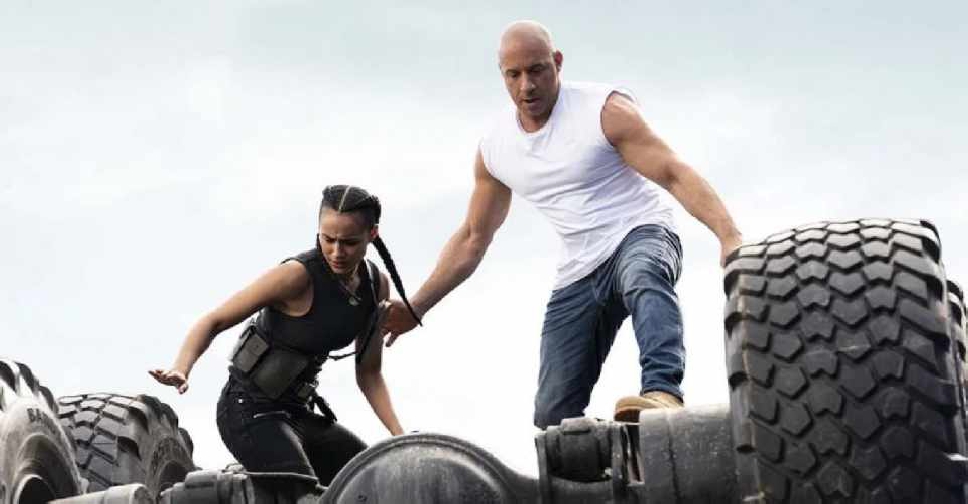 The latest installment in Universal's testosterone-fueled franchise kicked off with a massive $162.4 million in eight markets, including China, Korea and Hong Kong.

Those ticket sales easily mark the best start for a Hollywood blockbuster since COVID-19 hit.

It's an encouraging start to summer movie season, particularly because revenues weren't far off from what a "Fast" movie would have generated at the box office in non-pandemic times.

"Moviegoers are eager to come back to theatres when the right movie is out there," Universal's president of international distribution Veronika Kwan Vandenberg said. "It's a great movie for the China market," she adds. "It has a strong fanbase."

Of this weekend's $162 million bounty, $135 million came from China alone. That ranks as the second-biggest launch for the series in the country following the eighth entry, 2017's The Fate of the Furious ($184 million). In another notable milestone, it's the first Hollywood title in two years - since Disney's 2019 superhero epic Avengers: Endgame - to debut to more than $100 million in China.

Elsewhere, F9 opened to $9.9 million in Korea, as well as $6.2 million in the Middle East and $2.4 million in Hong Kong. With this weekend's ticket sales, the "Fast" franchise has pushed past $6 billion globally.

F9 - directed by Justin Lin and starring Vin Diesel, Michelle Rodriguez, John Cena - is deploying a staggered rollout across the world as the globe recovers from the pandemic. It touches down in the US on June 25 and will bow in 60 additional markets over the summer. Unlike upcoming blockbuster hopefuls, such as Disney's Black Widow and the Warner Bros. musical In the Heights, F9 will only be offered in theatres - at least for its first few weekends of release.

It was much quieter at the box office in North America, where the gruesome horror film Spiral, action adventure Wrath of Man and wilderness thriller Those Who Wished Me Dead presided over the competition.

Without any new nationwide releases, Spiral remained in first place with $4.5 million from 2,991 screens in its second weekend of release. The movie, a creepy addition to the Saw franchise that stars Chris Rock and Samuel L. Jackson, has generated $15 million in the US to date.

In second, Wrath of Man collected $2.9 million from 3,007 theatres. After three weeks on the big screen, the Jason Statham-led vigilante flick has amassed $18.8 million.

Ticket sales for Those Who Wish Me Dead, starring Angelina Jolie, dipped 35 per cent from its opening weekend. The film brought in $1.8 million from 3,379 venues between Friday and Sunday, boosting its total haul to a bleak $5.5 million. The Warner Bros. movie, like the studio's entire 2021 slate, is currently playing on HBO Max and will remain on the streaming service for 31 days in total.

In the US, the box office is expected to ramp up over Memorial Day weekend as Paramount's nearly silent sequel A Quiet Place Part II and Disney's Cruella land in theatres.