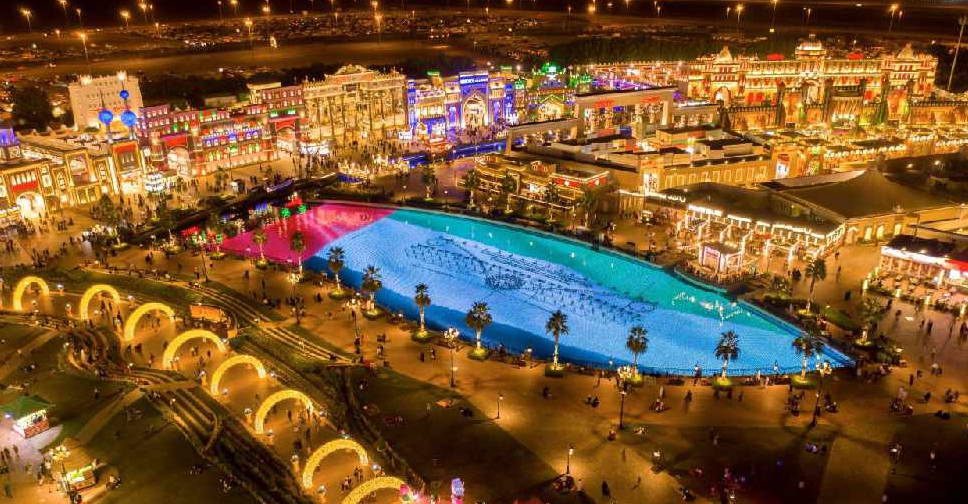 Visitors arrived at the region's leading multicultural family destination for culture, shopping and entertainment with high expectations, and the proceedings ensured no guest left disappointed.

"Global Village is renowned for offering unique cultural experiences and this National Day Holiday was no exception. From symbolic art installations, to the traditional Operetta which was a stunning tribute to our history, we are delighted with the response and reception from the many guests who joined us over the long weekend break," said Bader Anwahi, the CEO of Global Village.

"One of the highlights for me was sharing the stage with Khalifa Hassan Al Darai, Executive Director of the Dubai Corporation Ambulance Services, who was invited to launch our National Day Fireworks in appreciation of his team’s hard work and dedication to our nation," Anwahi added.

The 'Spectacular Fireworks Button' is a new tradition at Global Village to celebrate individuals and personalities by giving them the honour of launching the traditional fireworks each week.

The unity of the seven Emirates and cultural diversity of the UAE were celebrated with seven Insta-worthy art installations.

Arabian Square was home to almost a hundred colourful falcons – the country’s national bird. The falcons will remain in Arabian Square for the remainder of the season.

The brand new Fiesta Street was adorned with streaming ribbons in the colours of the nation. This new street is home to some of the most popular street food kiosks at Global Village.

Celebration Walk hosted seven massive and brightly coloured symbolic rock pillars placed in the shape of the nation. Guests were treated to a perspective photo opportunity in the colours of the UAE flag near Kiosks Street.

More than 1,000 UAE flags were used to create a mosaic of the number 49 to set the record for the Largest Flag Number.

The world’s Largest Ticket Mosaic was also achieved covering 50 square metres at the Gate of the World using 9,200 entry tickets in the colours of the Union.

More than 14,000 bottle caps were used to create the biggest Bottle Cap Sentence in partnership with AQUAFINA. The bottle caps have been donated to Dgrade to recycle into parts for wheelchairs.

Global Village is aiming to break 25 records in honour of its Silver Jubilee Season, and the park is on track to achieve this goal following the accomplishments of this week.

As always, activities and cultural shows were a part of the National Day celebrations, with "Emarat, Land of Peace". The classic National Day Operetta was directed by Nasser Ibrahim, with the production perfectly charting the UAE’s rich history. Scenes depicted the declaration of the union all the way to the present day, and guests were delighted with the special feature on the historic Mars probe launch.

Over and above the special delights of the National Day celebrations, guests enjoyed food from around the world and the incredible international shopping experience that has become synonymous with Global Village.

This National Day, we celebrated in a truly global way!
We broke 3 new Guinness World Records™️ at #GlobalVillage
1- The biggest bottle cap sentence all of all-time
2- The largest flag number with over 1,000 UAE flags
3- World’s largest ticket mosaic pic.twitter.com/iGnT8V69Ju