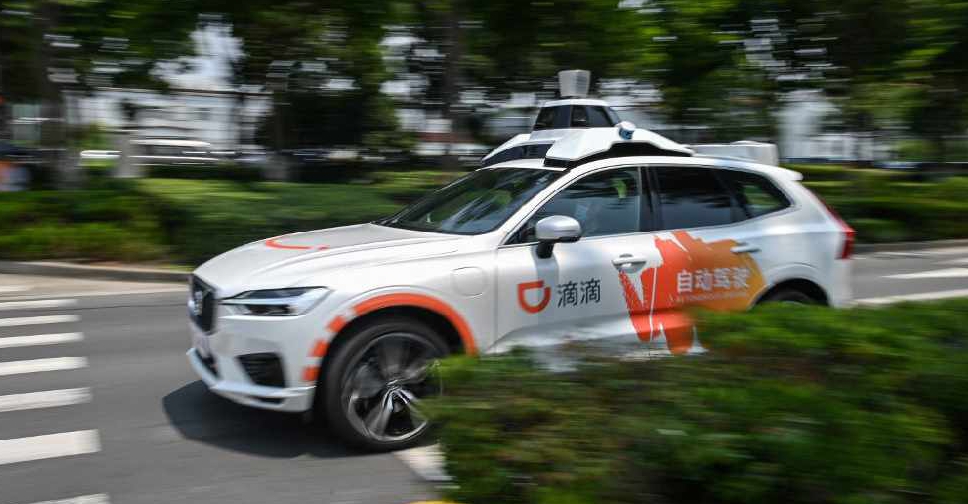 The central thrust of the Beijing city government's proposal is to regain control over one of its largest corporations, and particularly the data it holds, Friday's Bloomberg report said.

Under the preliminary proposal, some Beijing-based companies including Shouqi Group, part of the state-owned Beijing Tourism Group, would acquire a stake in Didi, Bloomberg reported, citing unidentified people familiar with the matter.

Other scenarios being considered include the consortium taking a nominal share accompanied by a so-called "golden share" with veto power and a board seat, it added.

Didi, Beijing city government, Beijing Tourism Group and Shouqi Group did not immediately respond to requests for comment from Reuters.

The Wall Street Journal reported in July that Didi was considering going private to placate China's concerns over data security and compensate investor losses since it listed in the United States. This was later denied by Didi.

Shares in Didi rose as much as 8 per cent before paring gains to about 4.5 per cent in pre-market trade.

"We were expecting some action but not to this level of magnitude. The big question is what will happen to Didi's investors?" Justin Tang, head of Asian research at investment advisor United First Partners in Singapore said.

"This move is just as rash as the regulation on education companies. With all the concessions given by Chinese tech companies recently, we thought there will be some green shoots but this is an unexpected move."

Others said that stock market investors appeared to welcome the reported proposal.

"A better outcome than going bust like private education," Dave Wang, a portfolio strategist at Nuvest Capital in Singapore, said.

The "golden share" arrangement considered for Didi would be similar to an investment the Chinese government has made in TikTok-owner ByteDance's key Chinese entity, Bloomberg said.

Corporate records showed that the Chinese government has 1 per cent stakes in ByteDance and Sina Weibo units.

Shouqi Group owns ride hailing service Shouqi Yueche and Bloomberg said it would play a role in helping operate its larger rival under the proposal.

Reuters reported in August, citing people familiar with the matter, that Didi is in talks with state-owned information security firm Westone to handle its data management and monitoring activities.

Didi is controlled by the management team of co-founder Will Cheng and President Jean Liu. SoftBank Group Corp, Uber Technologies Inc and Alibaba are among other investors in the company.