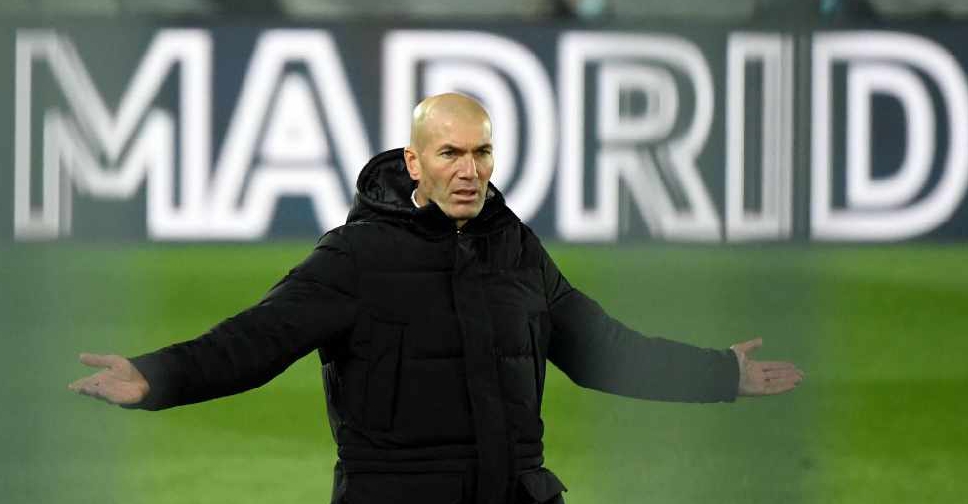 Zinedine Zidane has stepped down as Real Madrid coach with immediate effect.

It comes five days after his team were pipped to the La Liga title by city rivals Atletico Madrid.

The Frenchman led Real to two league titles and three Champions League triumphs in two spells as coach since 2016.

"Real Madrid announces that Zinedine Zidane has decided to bring an end to his current spell as coach of our club," Real said in a statement.

"Now's the time to respect his decision and show our respect and gratitude for his professionalism, dedication and passion in the last few years and for what he represents for Real Madrid.

"Zidane is one of Real Madrid's all-time greats and his legend goes beyond what he has done as a coach and player for our club. He knows that he is always in the heart of the club's supporters and that Real Madrid will always be his home."

Real finished second in La Liga, two points behind Atletico, were knocked out of the Champions League at the semi-final stage by Chelsea and suffered a humiliating exit in the round of 32 of the Copa del Rey to third division minnows Alcoyano.

It was a far cry from Zidane's first three seasons at Real when he guided the club to a hat-trick of Champions League crowns, a La Liga title and two Club World Cups.

The World Cup winner stepped down after the last of those Champions League titles in 2018, saying the club needed a change, but returned in March 2019 on a three-year deal after the club sacked his two successors, Julen Lopetegui and Santiago Solari.

Real captain Sergio Ramos reacted to the news in an Instagram post, calling Zidane "the one and only" while French defender Raphael Varane said his compatriot was "more than a coach, a mentor".

"You helped me develop as a player and as a man and you took this golden generation to the highest level on several occasions," said Varane, who Zidane helped sign from Lens in 2011.

Goalkeeper Thibaut Courtois added: "It has been an honour to have a legend such as you as a coach. Thanks for everything you taught me, for the confidence you always showed in me and for what we have won together."

Former Juventus and Chelsea boss Antonio Conte is likely to be in the frame to replace Zidane, having walked away from Inter Milan on Wednesday after leading the club to the Serie A title.

Conte was a target of Real Madrid President Florentino Perez in 2018, according to media reports at the time.

Ramos suggested, however, that a disciplinarian style might not go down too well at the Bernabeu, alluding to Jose Mourinho's tense reign at the club.

Club great Raul, who is in charge of their reserve side Real Madrid Castilla, is also a candidate for the job.