West Indies fight back to beat Australia in first T20 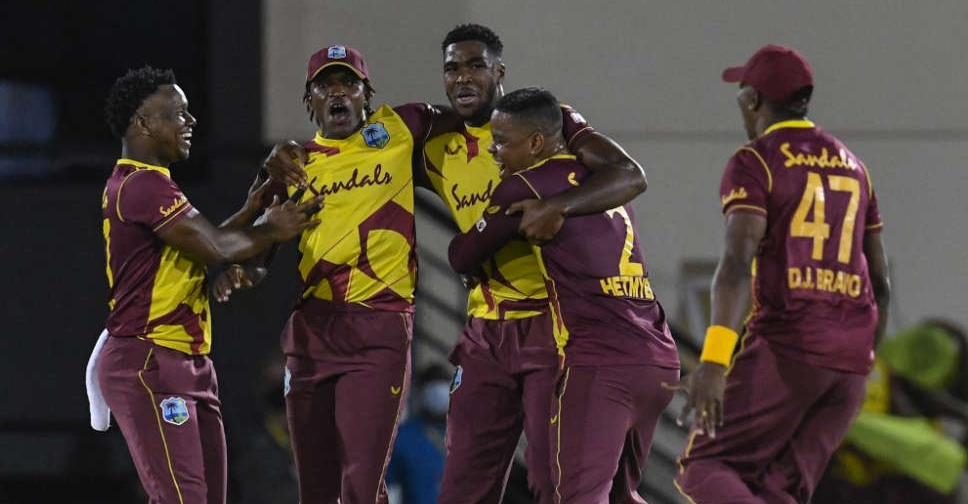 Chasing 146 for victory, Australia were still in control at 117-6 thanks to Mitchell Marsh's 51, before spinner Hayden Walsh (3-23) triggered a batting collapse and McCoy (4-26) wiped out the tail as they were dismissed for 127 in 16 overs.

"Any time you lose six wickets for 19 runs you're going to struggle to win a match," Australia skipper Aaron Finch said. "Very disappointing."

Asked to bat first, the West Indies rode on Russell's 28-ball 51 that included three boundaries and five massive sixes to post 145-6 after they were tottering at 66-4 from 12 overs.

Opener Lendl Simmons (27) and Shimron Hetmyer (20) were the only other notable contributors as the Australian attack, which included 38-year-old seamer Dan Christian playing in his first match for the national team since 2017, choked out the hosts.

The 38-year-old, among a number of players hoping to make the squad for this year's T20 World Cup in the United Arab Emirates, conceded 10 runs for no wicket in his two overs but it was fast bowler Josh Hazlewood who really turned the screws on the hosts.

After removing opener Evin Lewis for a duck, Hazlewood had the dangerous Chris Gayle caught by Ashton Agar for four before getting rid of Russell late in the innings to end up with figures of 3-12 in his four overs.

Marsh took 2-26 in his four overs as the visitors restricted the West Indies, who were without skipper Kieron Pollard due to a hamstring problem, to a below-par total on a good wicket at the Daren Sammy National Cricket Stadium.

"First game as captain and I didn't expect this," said stand-in skipper Nicholas Pooran. "We asked the guys for energy and that's what we got."

Both teams took a knee before the game began, with Australia saying they would continue to recognise and show their support to victims of racial injustice and discrimination in the past and present.

The second T20 will be held at the same venue on Saturday.