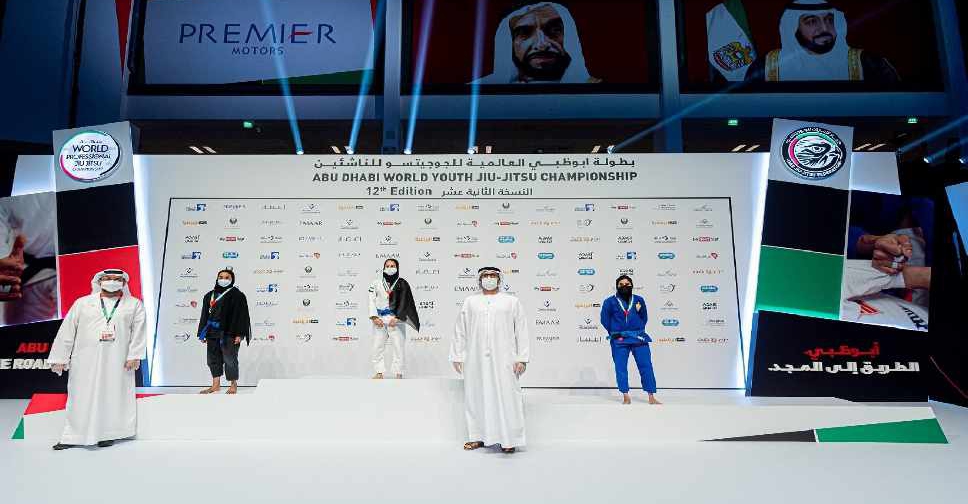 The event is being held under the patronage of His Highness Sheikh Mohamed bin Zayed Al Nahyan, Crown Prince of Abu Dhabi and Deputy Supreme Commander of the UAE Armed Forces.

The 12th edition of the Championship runs until April 9 at the Jiu-Jitsu Arena, bringing together hundreds of the sport’s top athletes to compete in a safe environment with strict health and safety protocols in place.

Regular PCR testing, social distancing, and mandatory mask wearing, except for athletes during a bout on the mats, have been implemented to ensure the health and wellbeing of all participants.

On Wednesday, the Over 30 Masters’ take to the mat, with around 500 black, brown, purple, and blue belt experts competing in hundreds of fights.

Abdul Moneim Al Hashemi, Chairman of the UAE and Asian Jiu-Jitsu Federations and Senior Vice President of the Jiu-Jitsu International Federation, said: "The return of ADWPJJC for its 12th edition is a true success story, bringing joy to the jiu-jitsu community around the world.

"The launch of the championship today aligns with the UAE’s ‘Year of the 50th’ initiative recognising the achievements made by our young country in its first 50 years. The UAE is looking forward to writing successful new chapters in various fields including the sport of jiu-jitsu."

And that marks the end of an unbelievable Day 1 of the 12th Abu Dhabi World Professional Jiu-Jitsu Championship! Here are some of today’s best moments 🎥👇🏼#ADWPJJC #12thEdition #UAEJJF #UAEJJ #InAbuDhabi pic.twitter.com/VpedxaJMuY