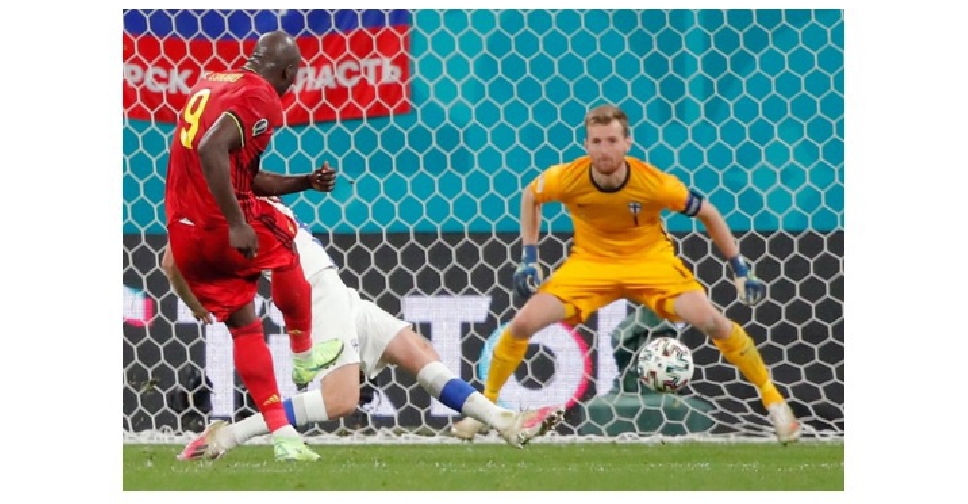 Belgium outclassed Finland 2-0 on Monday to continue their perfect start to Euro 2020 and finish top of Group B, leaving the Finns facing a nervous wait to see if they can sneak into the last 16.

A much-changed Belgium side dominated the game but only found a breakthrough in the 74th minute courtesy of an own goal from keeper Lukas Hradecky, who fumbled a Thomas Vermaelen header over the line after it had crashed off the woodwork.

Striker Romelu Lukaku clinched the victory in the 83rd minute by swivelling to thump home a Kevin de Bruyne pass and score his third goal of the tournament.

Belgium, who became the third team after Italy and the Netherlands to win all three group games, will face one of the third-placed sides in Seville on June 27.

Denmark, second in Group B after their 4-1 win over Russia on Monday, will play Wales in Amsterdam on June 26.

Finland, who came third with three points, must wait until the end of the group stage to see if their adventure in a first ever major tournament will continue and they need a series of results to go their way if they are to make the last 16.

"It was a tough game today. We knew that Finland would play very compact and would be difficult to break down. But from the moment we scored, we knew they had to come out and it was more open," Belgium midfielder De Bruyne said.

Finland keeper Hradecky was proud of his side's showing in the three games but not confident about their prospects of going through.

"The third place doesn't comfort us at this moment," he said.

"We have come a long way together. The guys have blocked dozens, if not hundreds, of shots, and I’ve caught some. We win as a team and we lose as a team. The journey continues. We will be coming back. Finland belongs in the major tournaments."

Belgium coach Roberto Martinez made changes from the side that beat Denmark 2-1 but his was still a line-up bursting with world-class talent as Eden Hazard and De Bruyne made their first starts of the tournament.

Teenager Jeremy Doku was their liveliest threat and created the only real moment of danger before halftime when he drifted in from the left wing and aimed a shot towards the bottom corner but Hradecky made a fine save.

Finland defended resolutely but did not have a real chance of their own until after the hour mark when Glen Kamara fired straight at Thibaut Courtois.

Hazard was denied by a big save from Hradecky and Belgium thought they had taken the lead when Lukaku controlled a threaded pass from De Bruyne and celebrated the goal before a lengthy VAR review ruled him fractionally offside.

Finland finally cracked under the pressure when Hradecky turned the ball over the line after Vermaelen's thumping header from a corner struck the post.

Lukaku then used a combination of skill and power to seal the victory and continue his prolific start to the tournament, joining Portugal's Cristiano Ronaldo, Czech Republic's Patrik Schick and the Netherlands' Georginio Wijnaldum on three goals.