Red Bull's Perez says Verstappen showed 'who he really is' 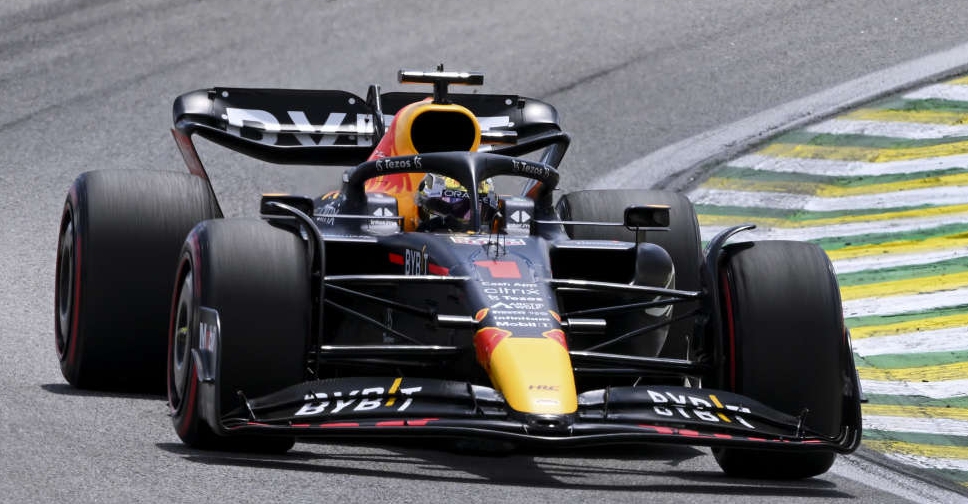 Red Bull's Sergio Perez said team mate Max Verstappen showed "who he really is" after the double Formula One world champion refused to give back a place in Sunday's Sao Paulo Grand Prix.

The radio comment came after the Mexican let Verstappen overtake on the understanding that the position would be returned if the Dutch driver could not pass Alpine's Fernando Alonso for fifth place.

Perez needs every point to beat Ferrari's Charles Leclerc to overall runner-up while Verstappen has already clinched the title. Red Bull have never finished one-two in the drivers' standings.

Perez and Leclerc are now tied on 290 points, with Leclerc ahead 3-2 on race wins. The Monegasque was also not helped by Ferrari allowing Carlos Sainz to finish ahead of him.

Verstappen, who had been penalised for a collision with Mercedes's Lewis Hamilton, was told by his engineer Gianpiero Lambiase to let Perez through at the finish but ignored it and took sixth, with Perez seventh.

Tension after the flag for Max and Checo 🏁#BrazilGP #F1 pic.twitter.com/hyEX5OZwa9

"I told you already last time, you guys don't ask that again to me, okay?" replied Verstappen. "Are we clear about that? I gave my reasons and I stand by it."

"He shows who he really is," replied the Mexican, who has been praised in the past by Verstappen for playing a supportive role.

Perez later expanded on his comment to Sky Sports television: "I was told to let him by, that I was going to get back the position," he said.

"Maybe you should ask him about it... after all I've done for him, it's a bit disappointing to be honest. I am really surprised."

Television commentators speculated that the 'last time' Verstappen was referring to might be Monaco, where Perez crashed late in qualifying but lined up third with his team mate fourth.

Perez won that race with Verstappen third after a 'double-stacked' pitstop.

Speaking to reporters later, Verstappen said it was "something that happened in the past" -- refusing to confirm it was Monaco -- and that he understood why Perez was upset.

He said the matter had been discussed and he explained his actions.

"We have to move forwards. We go to (the final race in) Abu Dhabi, they are tied on points and if he needs the help there to finish ahead of Charles then I will help him."

Horner would not give details of the team talks but said the focus for Abu Dhabi was to ensure Perez took second place overall.

"They are tied on points and whatever we can do as a team... we will do to help Checo (Perez) achieve that goal," he said.