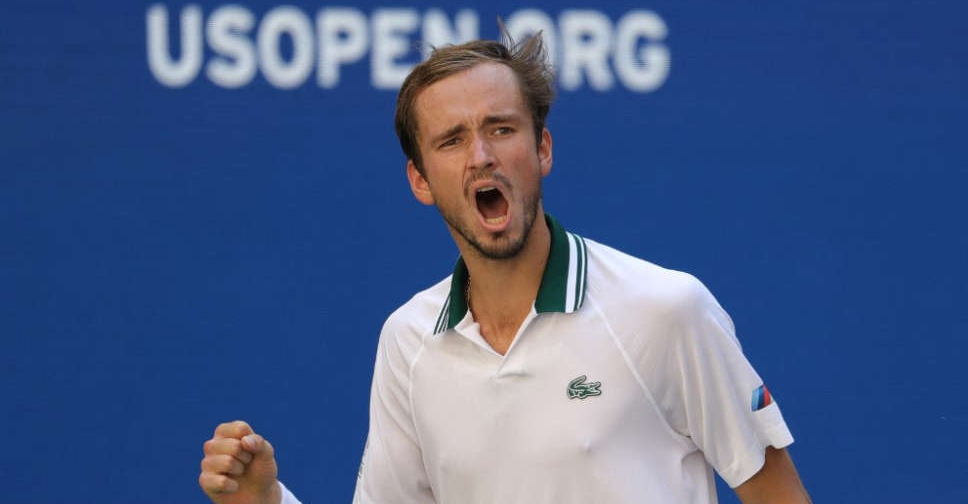 Van de Zandschulp had enjoyed a remarkable run, taking down 11th seed Diego Schwartzman to reach his first Grand Slam quarter-final, where he fired off 20 forehand winners and was the first player here to take Medvedev past the two-hour mark.

The Dutch qualifier outlasted the Russian in a 20-shot rally and then converted on break point in the fifth game of the third set before taking it on Arthur Ashe Stadium, the first sign of weakness Medvedev had shown since arriving in New York.

But the 2019 runner-up, who fired down 13 aces in the match, came roaring back in the fourth set, winning all but two of his first-serve points and never facing a break point.

Van de Zandschulp fended off match point in the 10th game, holding his serve to wild applause from a rowdy New York crowd, but Medvedev responded with a quick hold and a break, helped by a double fault from the Dutchman.

The match was the first real challenge of the tournament for Medvedev, who looked on track to flatten yet another competitor at the start after getting up two breaks through the first five games.

The Australian Open runner-up never faced a break point in the second set, which he wrapped up in a brisk 22 minutes, but struggled in the third set, making 13 unforced errors, and van de Zandschulp pounced.

"First two sets were kind of under control. He was missing some balls, some important points," said Medvedev. "Then third and fourth set was really tough. He played top level, served really big.

"Was breaking the rhythm a little bit, so was really tough set. I'm really happy that in the fourth I managed to, first of all, hold my serve really easily and managed to break him in the end where I had few opportunities to do before also."

Medvedev, who lost in the semi-finals a year ago to eventual winner Dominic Thiem, is one of the main candidates aiming to thwart world number one Novak Djokovic's bid for a calendar Grand Slam - though he is not thinking about facing the 20-times major winner just yet.

"I don't think about him, because as we saw, anybody can beat anybody. If he's in the final, and if I'm there, I'm happy," said Medvedev. He's also happy, I guess."