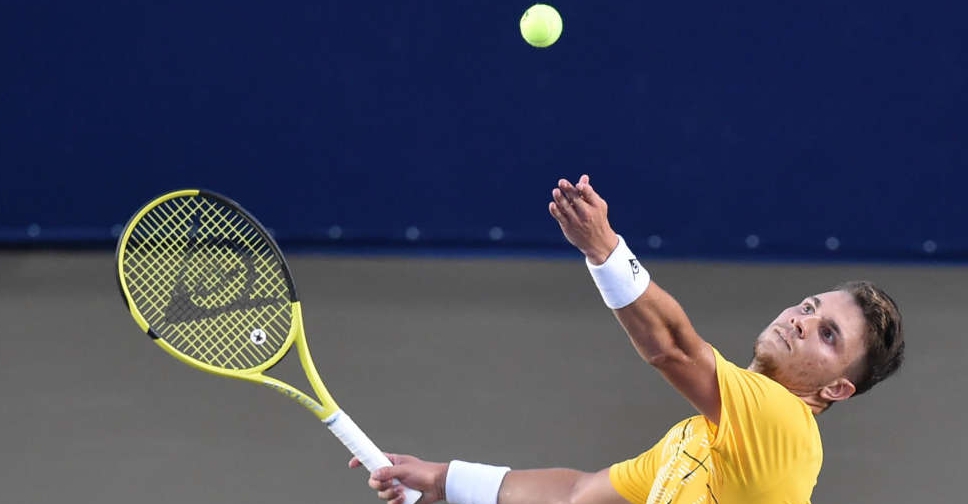 World number one Daniil Medvedev wore down Denis Shapovalov 7-5 7-5 to reach the quarter-finals of the Cincinnati Open on Thursday ahead of his US Open title defence.

The Russian top seed was joined in the last eight by Stefanos Tsitsipas, Felix Auger-Aliassime and Borna Coric but his compatriot Andrey Rublev, the sixth seed, was ousted by Taylor Fritz.

Medvedev suffered a jarring early exit from the Canadian Masters last week but overcame some initial problems in a tricky tie against Shapovalov to edge both sets and book a meeting with American Fritz.

Fritz had to fight back from a set down to beat Rublev 6-7(4) 6-2 7-5 on Center Court, finding his rhythm in the second set and pounding a dozen winners past the Russian to ensure he would continue his rise up the rankings.

Croatian Coric backed up his stunning victory over Rafael Nadal late on Wednesday by taking out another Spaniard in Roberto Bautista Agut.

Former world number 12 Coric is still on the comeback trail after shoulder surgery but showed he should not be underestimated at the US Open with a clinical 6-2 6-3 victory.

A quarter-finalist at Flushing Meadows in 2020, Coric will next face Canadian seventh seed Auger-Aliassime, who saved two match points in the second set in a stunning 2-6 7-6(1) 6-1 comeback victory over Italian Jannick Sinner.

Greek fourth seed Tsitsipas took down Diego Schwartzman 6-3 6-3 in a little over 90 minutes after the Argentine served up nine double faults and will next face American John Isner, a 7-6(3) 1-6 7-6(4) winner over compatriot Sebastian Korda.