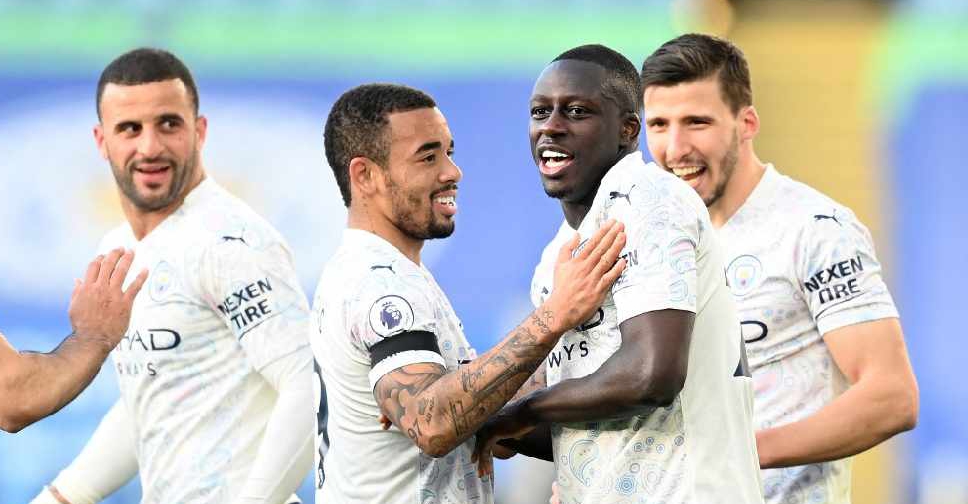 It moved them 17 points clear at the top.

Benjamin Mendy and Gabriel Jesus scored at King Power Stadium to lead City to their 23rd win of the season, with Guardiola's side now needing 11 points from their remaining seven games to secure their third title in four seasons.

"The champions are Liverpool, they have the crown - but we are close to taking it," Guardiola said.

"I love the Premier League more than any other competition. We are close, very close."

City's victory at Leicester meant Liverpool can no longer defend their title, with Juergen Klopp's side 25 points behind the runaway leaders with eight games to play.

City have won each of their last 15 away games in all competitions and are unbeaten in 18 away matches, last losing on the road against Tottenham Hotspur, who defeated them 2-0 in the English top-flight on Nov. 21.

"In lockdown without spectators - every game we were there. I will never forget this season," said Guardiola.