Bale says LAFC signing is for the long haul 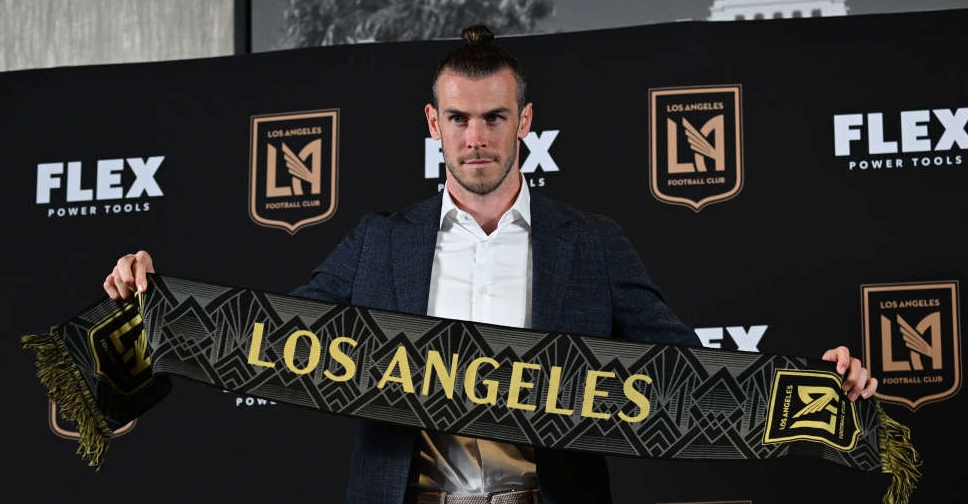 Wales forward Gareth Bale on Monday said he was eager to leave his mark on Major League Soccer by helping bring a maiden championship to his new team the Los Angeles Football Club (LAFC) and that he was not there just for the short-term.

Bale, who will captain Wales at the World Cup in Qatar this year, has signed a 12-month contract with options through to 2024 and said he already felt at home in Southern California with no plans on moving anytime soon.

British media had speculated that Bale might retire after the World Cup but he held out the prospect that he could still be leading Wales at the European Championship in 2024.

"I haven't come here for the short term. I want to make my mark on this league and I think being here gives me the best possible chance to make it to the Euros and maybe win more," Bale told a news conference at Banc of California Stadium.

Already sounding like a Hollywood star, Bale told reporters that he saw LAFC as "an amazing project" following his departure from LaLiga champions Real Madrid.

"It became clear to me that this was the place I wanted to be," he added.

"It's an incredible club they've created and an amazing environment for the fans. Hopefully now I can play my part and take this club to the next level and try to win a trophy."

Bale, who turns 33 later this week, said MLS had improved considerably and could no longer be dismissed as a "retirement league" for overseas stars.

"The standard here is really increasing, it's a lot better than people in Europe think," he said.

LAFC, which launched in 2014 and boasts a star-studded ownership group and a dedicated fan base, currently sits atop the Western Conference.

"This club is new, but it feels like it has been here forever," he said.

Bale enjoyed a trophy-laden spell with Real, winning three LaLiga titles, five Champions League crowns, three Club World Cups and the Spanish Cup, although his time at the club was marred by injuries.

In Los Angeles, he will join familiar faces including former Italy defender Giorgio Chiellini, who signed for LAFC this month after leaving Juventus.

"He's the same as me. He wants to give everything possible to win games and trophies," Bale said.

Bale led Wales to their first World Cup since 1958 when they beat Ukraine 1-0 in a playoff in Cardiff last month.

The MLS season will conclude before the start of the November 21-December 18 World Cup in Qatar.