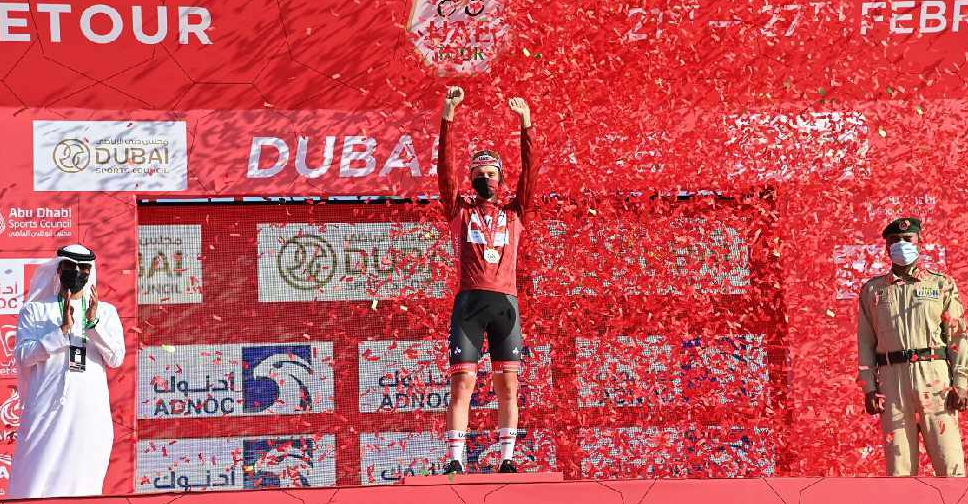 Ireland's Sam Bennett has won the Dubai Stage of UAE Tour that took place on Friday. Two days after securing the 50th win of his professional career, the Irish rider produced another perfectly timed effort to finish over a bike length clear of rivals Elia Viviani and Pascal Ackermann, giving himself time again to raise his right arm in triumph.

The entirely flat 168km stage took place in and around Dubai before heading to the finish at the iconic Palm Jumeirah island, and while there was an early breakaway of six riders, the entire peloton were together again going into the last 10km; with that Bennett’s team Deceuninck-QuickStep moved to the front, his loyal lead-out man Michael Morkov then taking care of business before Bennett hit the front in the last 100 metres.

“Feels amazing," Bennett said of his second victory this year, in essentially his second bunch sprint. "I think the more sprints we do together, the better we’re getting, it’s becoming more second nature. And it’s just about repeating the same thing, and also making decisions in the final, but we’re really getting to know each other, and the whole team, and we’re pretty much nailing it at the minute."

Meanwhile, Mattar Al Tayer, Vice Chairman of Dubai Sports Council, has expressed his highest gratitude and appreciation to His Highness Sheikh Mohammed bin Rashid Al Maktoum, Vice President and Prime Minister of the UAE and Ruler of Dubai, for his presence during the sixth stage, the 165km Dubai Stage, of the 3rd UAE Tour.

"His Highness Sheikh Mohammed bin Rashid’s presence is also a reminder of the importance of continuing to work in this field and building on the gains, and contributing towards the achievement of our wise leadership’s goals for the people of our beloved nation and all those living here."